Rasa - Israeli forces have demolished the family home of a Palestinian teenager who was shot and killed by settlers over an alleged stabbing attack in the occupied West Bank last month. 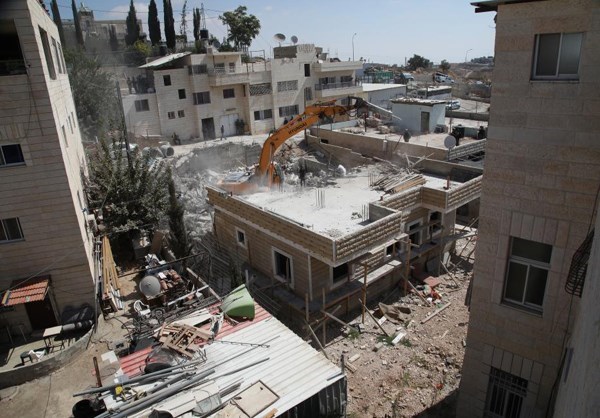 RNA - Early on Tuesday, an Israeli bulldozer entered the West Bank village of Kobar near Ramallah and razed the one-story structure that belonged to the family of Mohammed Tareq Ibraham Dar Youssef, who was shot dead in the incident last month.

Youssef, 17, broke into the settlement of Adam on July 27, and allegedly stabbed three people, killing settler Yotam Ovadia, 31. One of those wounded in the attack fatally shot and killed the Palestinian teen, the Israeli military reported.

The military statement also said dozens of Palestinians clashed with Israeli troops during Tuesday’s demolition, hurling rocks, firebombs and pipe bombs at them.

In recent years, Israel has expanded the authority of its military to demolish Palestinian homes in the occupied territories. The army can now execute demolition orders in the so-called Area C of the West Bank just days after they are issued.

The regime orders the demolition of Palestinian homes as a punitive measure in response to alleged attacks by Palestinians against Israeli settlers.

According to Press TV, Tel Aviv has been occupying the West Bank, including East al-Quds, since taking the Palestinian territory by force in 1967. Ever since, it has been propping up settlements throughout the land, in a move condemned by the United Nations, and considered illegal under international law.

Tags: Palestinian Israel
Short Link rasanews.ir/201qH1
Share
0
Please type in your comments in English.
The comments that contain insults or libel to individuals, ethnicities, or contradictions with the laws of the country and religious teachings will not be disclosed