One Year On: Rohingya Refugees Are Still Suffering

Rasa - It’s a woeful anniversary for the Rohingya Muslim refugees in Bangladesh. 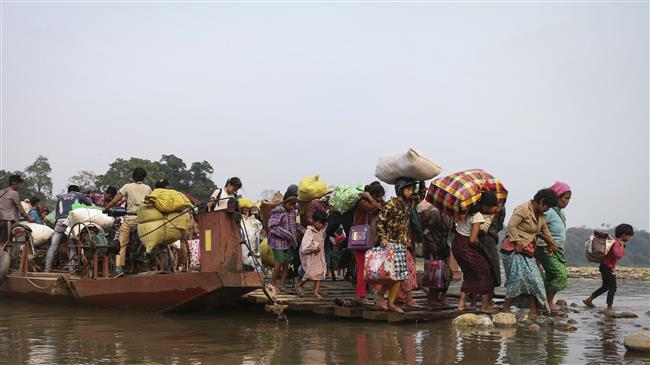 RNA - Aid funding for refugee relief is in limbo and conditions are still not in place for the safe return of over 900,000 people forced to flee Myanmar to neighboring Bangladesh after violence broke out one year ago.

The mass human exodus of refugees from Myanmar to Cox’s Bazar in Bangladesh, which started on 25 August 2017, was one of the fastest growing refugee crises last year. It then attracted huge international attention, but one year on, only 34 percent of the United Nations aid appeal to help the refugees and the host community has been funded.

It means what it means. The Rohingya refugees are still suffering and have been forgotten. The safety of families returning to Myanmar cannot be guaranteed, yet they are receiving scant international support in Bangladeshi camps. The United Nations has to step in and scale up the support. The international body must shoulder more of the enormous responsibility that the Bangladeshi authorities and local communities have taken on, as well as show persecuted Rohingya refugees they are not forgotten.

The fact remains that around 900,000 refugees from Myanmar are currently sheltering in Bangladesh. About 725,000 have arrived after 25 August 2017, according to UNHCR. The Financial Tracking Service (NRC) is still working in Myanmar and through partners in Bangladesh, but it’s not enough.

Today, Cox’s Bazar is the world’s largest refugee settlement. The humanitarian emergency was further compounded by the onset of the monsoon season in June, with heavy rain, flooding, landslides and high winds damaging or destroying refugees’ shelters. The camps are still dangerously overcrowded. And many are worried about being expected to return to their villages before their own preconditions for repatriation are met.

According to Fars News Agancy, the Rohingya people have the right to return, of course. One year after the start of this crisis, the UN needs to speed up efforts to ensure conditions for voluntary, safe and dignified return, in line with international standards. The UN should also allow international humanitarian agencies full access to people in need in northern Rakhine State to make independent assessments, provide assistance and protect communities who want to return.

Access for humanitarian agencies to people requiring assistance in northern Rakhine State is currently restricted and it is not possible to independently verify information about conditions in the locations of return. There are also no guarantees in place that returnees will be allowed to return to their original homes and land, or to a place of their choice. They need their lives back and their rights guaranteed.

Furthers still, the UN should call for Myanmar’s generals to face prosecution at the International Criminal Court. This is while Myanmar has remained staunchly unapologetic, denying allegations of atrocities and clearing its soldiers of wrongdoing in an internal probe last year. The government has even launched a succession of toothless advisory commissions, the latest in July, that are intended to defer any responsibility for last year’s genocide. This sort of flippant manner by which they respond to the serious concerns of the international community is indeed alarming.

Taken together, this is not the right time for the international civil society to sit on its hands. The Rohingya crisis has worsened and something needs to be done before it turns into yet another humanitarian disaster. Lest we forget, this is not the first time Rohingya have fled for their lives from Burmese military forces - Human Rights Watch found crimes against humanity and ethnic cleansing during anti-Rohingya attacks in 2012.

The key issue now is how to stop the abuses, prevent their recurrence, and assure that the displaced people can safely return. These are the starting points for a wider international response in which the United Nations should play a leading role.

Tags: Muslim Rohingya Myanmar
Short Link rasanews.ir/201qGj
Share
0
Please type in your comments in English.
The comments that contain insults or libel to individuals, ethnicities, or contradictions with the laws of the country and religious teachings will not be disclosed