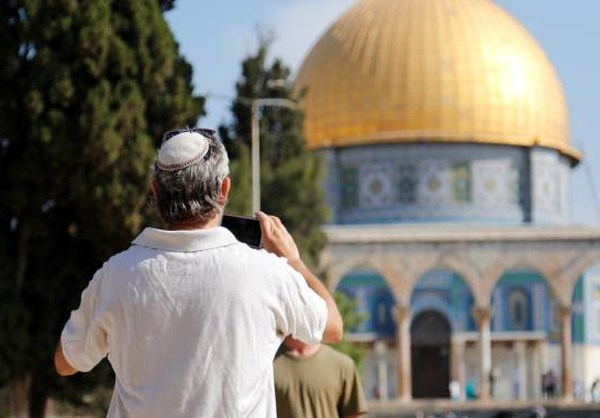 RNA - They said the four are staff of the Al-Aqsa Mosque Reconstruction Committee, part of the Islamic Waqf Department which is in charge of the Muslim holy places in Jerusalem and their upkeep, WAFA reported.

The Waqf said in a statement that the four were detained while doing their job and were taken to a police station at Jaffa Gate in the Old City.

Israel does not allow the Palestinians to do any repair work in the holy site, one of Islam’s holiest places, and had previously detained Waqf staffers or forced them to stay away from the Mosque for doing their work in the holy compound.

Palestinians accuse Israel of meddling in the internal affairs of the Muslim holy place with an intention to take it over and turn it into a Jewish temple since it believes the site is the location of Jewish temples destroyed thousands of years ago.

Tags: Mosque Palestinian Israel Aqsa
Short Link rasanews.ir/201qGK
Share
0
Please type in your comments in English.
The comments that contain insults or libel to individuals, ethnicities, or contradictions with the laws of the country and religious teachings will not be disclosed