Rasa - Iran's Human Rights Headquarters in a statement on Saturday warned Saudi Arabia of the dire consequences of executing 5 human rights activists, including a woman who is thought to be the first female campaigner in the country facing execution. 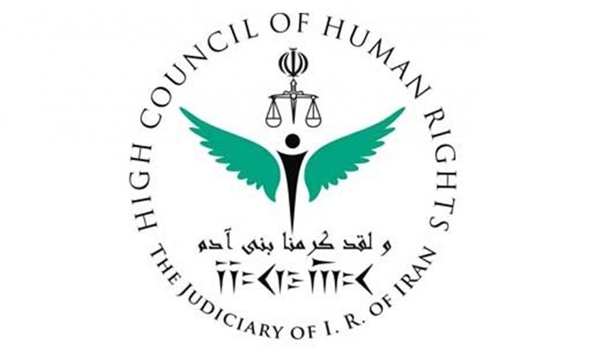 RNA - "Saudi Arabia's policy of suppressing the intellectual, right-seeking and anti-oppression Muslims for terrorism allegations is ridiculous and unacceptable," the statement said.

It referred to the Saudi rulers' dark record of supporting the terrorist groups in the region and massacre of innocent Yemeni people, and said they are the prime suspects to be tried.

"The Islamic Republic of Iran's Human Rights Headquarters seriously warns the Saudi rulers about the consequences of these clear cruelties and crimes against the oppressed people in Qatif (a region in Saudi Arabia) and other right-seeking and anti-oppression activists and stresses the necessity for the international bodies, specially the UN and the Human Rights Council, to show sensitivity and pursue the issue seriously," the statement underlined.

According to Fars News Agancy, in relevant remarks earlier this week, Samah Hadid, the Amnesty International’s Middle East Director of Campaigns, responded to reports that Saudi Arabia is seeking the death penalty for five individuals who face trial before Saudi Arabia’s counter-terror court, including Israa al-Ghomgham, who would be the first woman ever to face the death penalty simply for participating in protests.

“Israa al-Ghomgam and four other individuals are now facing the most appalling possible punishment simply for their involvement in anti-government protests. We are urging the Saudi Arabian authorities to drop these plans immediately," she said.

"Israa al-Ghomgam and four other individuals are now facing the most appalling possible punishment simply for their involvement in anti-government protests. We are urging the Saudi Arabian authorities to drop these plans immediatel," Hadid said.

“Sentencing Israa al-Ghomgam to death would send a horrifying message that other activists could be targeted in the same way for their peaceful protest and human rights activism. The charges against Israa al-Ghomgam, which mostly relate to her peaceful participation in protests, are absurd and clearly politically motivated to silence dissent in the Eastern Province of Saudi Arabia," she underlined.

“Saudi Arabia is one of the world’s most prolific executioners and the world cannot continue to ignore the country’s horrific human rights record. We call on the international community to put pressure on the Saudi Arabian authorities to end the use of the death penalty, which continues to be employed in violation of international human rights law and standards, often after grossly unfair and politically motivated trials,” Hadid said.

Israa al-Ghomgham and other individuals are currently detained in al-Mabahith prison in Dammam, Eastern Province of Saudi Arabia.

Tags: Iran Saudi Human rights
Short Link rasanews.ir/201qGI
Share
0
Please type in your comments in English.
The comments that contain insults or libel to individuals, ethnicities, or contradictions with the laws of the country and religious teachings will not be disclosed