Rasa - About 190 Palestinian demonstrators have been injured in clashes with Israeli troopers during a large protest rally in the besieged Gaza Strip near the border line with the Israeli-occupied Palestinian territories. 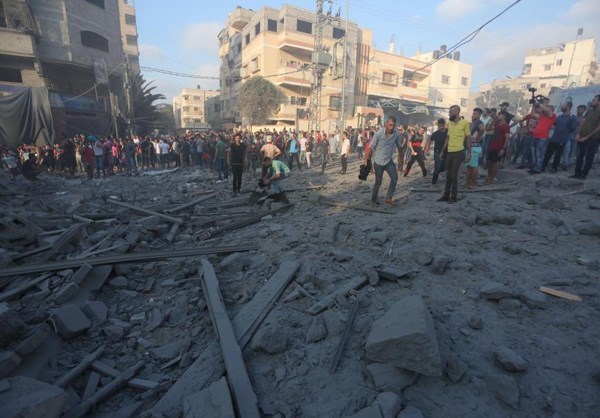 RNA - According to figures provided by the Gaza Health Ministry, 189 Palestinian protesters sustained injuries, 50 of whom were wounded by Israeli snipers’ live fire, in the clashes in a 5,000-strong demonstration on Friday.

It added that 116 of the wounded were treated in the field by medics and 73 others were taken to hospitals across the Gaza Strip.

The statement further said that two of the injured were in critical condition, adding that at least 10 children and two women were among the casualties.

According to Press TV, Israeli fire has taken the lives of more than 170 Palestinians since March 30.

Tags: Palestinian Israel Gaza
Short Link rasanews.ir/201qGH
Share
0
Please type in your comments in English.
The comments that contain insults or libel to individuals, ethnicities, or contradictions with the laws of the country and religious teachings will not be disclosed