Rasa - The British government and the European Union have condemned the Israel’s recent approval of plans for the construction of hundreds of new housing units in the occupied West Bank irrespective of the international outcry against the Tel Aviv regime’s land expropriation and settlement expansion policies in the occupied Palestinian territories. 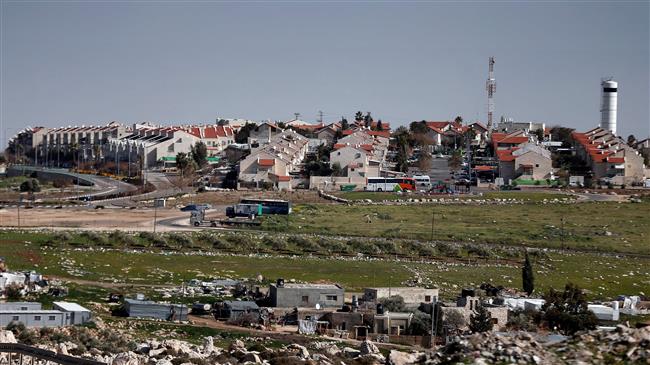 RNA - British Minister of State for the Middle East and North Africa, Alistair Burt, called on Israel “to halt such counter-productive action” and encouraged “all parties to commit to further efforts to de-escalate current tensions and create the right environment for a just and lasting peace.”

“Settlements are illegal under international law and remain one of the obstacles to a viable two state solution,” Burt said in a statement.

The Europe Union also censured the Israeli regime over the settlement construction approvals.

“If implemented, these plans would further jeopardize the prospect of a contiguous and viable future Palestinian state,” a spokesperson said in a statement.

The condemnation came just hours after Israeli Prime Minister Benjamin Netanyahu said he wanted to strengthen Israel's ties with eastern European and non-EU countries in a bid to “balance the EU's unfriendly attitude” towards the Tel Aviv regime and get better treatment in Brussels.

“We strongly condemn the approval by Israel to build over 2,000 additional units in the West Bank, which is under Israeli occupation,” the Turkish Foreign Ministry said in a statement.

The statement added that the “actions taken in disregard of international law and relevant UN Resolutions” would damage the ongoing peace process in the region, underlining that Israel's practices violate the “inalienable rights of Palestinian people.”

Turkey also called upon the international community to oppose Israel's plan to build more illegal settlements in the West Bank.

On Wednesday, the so-called Israeli Civil Administration Higher Planning Council approved construction of 2,000 settler units, including 1,000 completely ones, in the West Bank.

Tags: Settlement Israel UK West Bank EU
Short Link rasanews.ir/201qGD
Share
0
Please type in your comments in English.
The comments that contain insults or libel to individuals, ethnicities, or contradictions with the laws of the country and religious teachings will not be disclosed