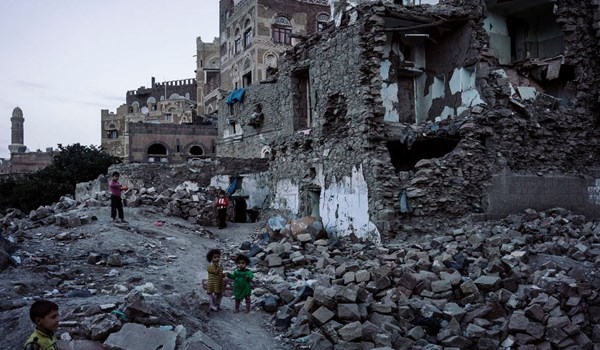 RNA - “I had hoped that the outrage that followed the Sa’ada attack in Yemen two weeks ago would be a turning point in the conflict. Yesterday’s reported attacks in Durayhimi, killing 26 children, indicate that it was not,” Henrietta Fore, the UNICEF executive director, said in a statement on Friday, Middle East News reported.

“I – once again – call for the warring parties, those who have influence over them, the UN Security Council and the international community to take action and end this conflict once and for all,” she further stated, adding that the lives of thousands of “vulnerable children” all over the war-torn country “must be a priority for all".

The carnage took place in Durayhimi city on Thursday, when a Saudi-led strike hit a civilian vehicle, killing 31 people, mostly children. The attack came about two weeks after a Saudi-led warplane hit a school bus in the Northern province of Sa’ada, killing a total of 51 people, including 40 children, and leaving nearly 80 others wounded.

Munitions experts confirmed that a bomb used by the Saudi-led coalition in recent attack on a school bus in Yemen's Sa'ada that killed dozens of children had been supplied by the United States.

The experts told CNN that the bomb was a 227-kilogram laser-guided Mark 82 bomb, noting that the numbers on the weapon identified major US military contractor Lockheed Martin as its maker.

The imposed war initially consisted of a bombing campaign, but was later coupled with a naval blockade and the deployment of ground forces to Yemen.

Tags: Yemen UNICEF Saudi
Short Link rasanews.ir/201qGC
Share
0
Please type in your comments in English.
The comments that contain insults or libel to individuals, ethnicities, or contradictions with the laws of the country and religious teachings will not be disclosed