An American Nightmare in The Pacific

Rasa - The pentagon regime is at it again. No. it’s not Iran. The warmongers are now targeting China and its imaginary threats to the Pacific region. 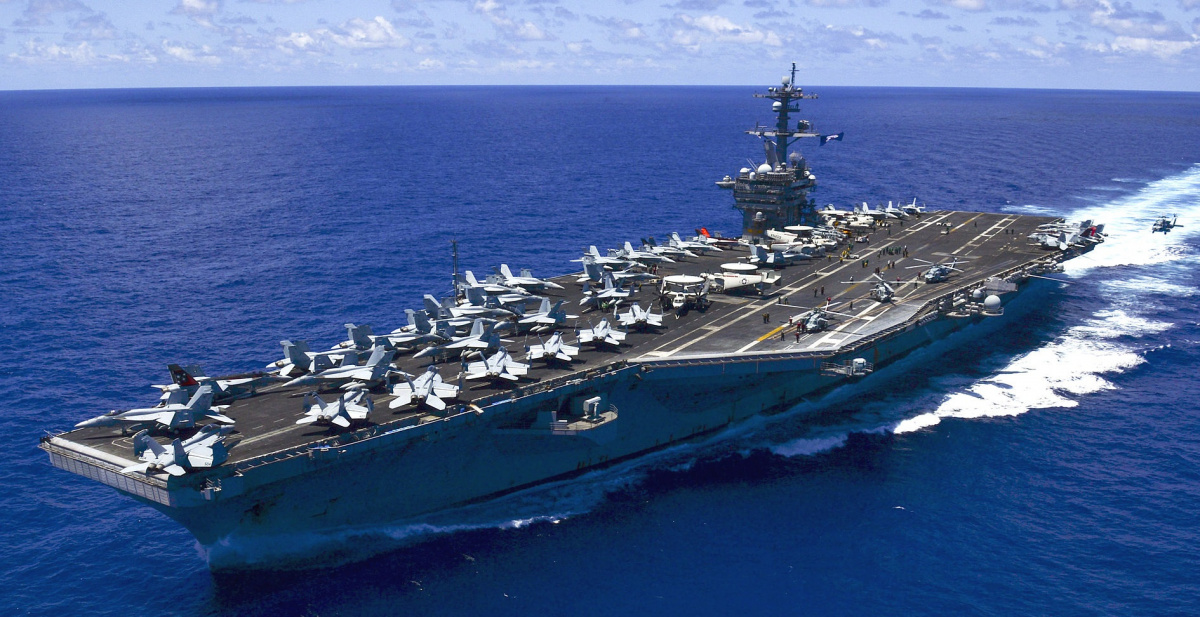 RNA - In its annual report to Congress, the Pentagon says China has upped its military spending to around $190bn (£150bn) a year amid a sweeping program of modernization. Pentagon further claims decades of increased investment in new technology by the Chinese Army means it will soon have the capabilities to strike US military installations in the Pacific by air.

“The Chinese Army may continue to extend its operations, demonstrating the capability to strike US and allied forces and military bases in the western Pacific Ocean, including Guam,” the report claims. “Such flights could potentially be used as a strategic signal to regional states, although the PLA has thus far not been clear what messages such flights communicate beyond a demonstration of improved capabilities,” it adds.

Where this leaves us remains to be seen, but it is hard to imagine that the Chinese armed forces can, or worse, plan to strike US bases and allied forces in the Pacific region. Quite the opposite, they have always been on the path of peaceful development to pursue a defensive strategy and protect the global order. The truth is out there, and it's much more interesting than the Pentagon’s new myth. Beijing is in quest for detente and de-escalation and prevelance of calm for the sake of maintaining its economic growth and foreign investment as much as the US seeks the same objective but through militarism, tension and escalation of conflicts.

However, the Pentagon’s new report is a vain search for a useless supremacy at the cost of destabilizing the entire Pacific region. Clearly, there is still plenty of appetite for a new war. The pivot-to-Asia gang seems eternally in search of yet more wars to launch. Pointing to Russia, China, Iran and the Democratic People’s Republic of Korea, for instance, Marine Corps Commandant General Robert Neller recently told US troops in Norway to expect a “bigass fight” in the future, adding, “I hope I’m wrong, but there’s a war coming.”

It’s not hard to see why. The Pentagon is quietly transforming its empire of military installations to maintain global dominance, including dozens of bases in Far East, in every Persian Gulf country save Iran, and in Central Asian countries.

According to Fars News Agancy, American leaders are hoping these bases will entrench their influence and keep regional countries within a US orbit - at a time when some are asserting their independence and aligning with Russia and China. Experience tells us, however, that these military bases only guarantee regional volatility, generating public ire and anti-American sentiments.

Experience also tells us that the manufactured “threat” from China is intended to militarize the Pacific region and whet America’s appetite for destruction. It will heighten tensions between neighbors and could even lead to a new arms race and conflict.

It is time to put this American nightmare into focus and disassemble the Empire of Chaos from the inside out. The international civil society has had enough of the Pentagon’s protracted military adventures and bogus reports and concerns. The warmongers should never be allowed to fool the world into believing that China or any other independent country that is not in good terms with Washington is a threat to global peace and regional stability.

At a time when over half of Europeans and most of the world think that the United States and Israel now present the biggest threat to world peace, it makes no sense at all for the Pentagon “experts” to come up with a dodgy report that claims otherwise. Much to their chagrin, many countries around the globe still believe that the United States contributes the most to world instability. The Empire of Chaos is also coming under fire for trying to destabilize the Pacific region through its Chinese “threat” myths. The US once started the war on Iraq on the basis of the same bogus reports, but it went unpunished after its lies were unveiled. No US or UK official stood trial for the thousands of innocent lives lost the in war, for millions of dispalced people, for billions of financial loss and for the choas imposed on the country.

As long as the US finds herself immune to global justice as an extension of the same exceptionlism that has made it even needless to presenting an explanation to the world community, recurrence of similar wars is not just unavoidable, but also unsurprising.

Tags: Pacific US Iran
Short Link rasanews.ir/201qG7
Share
0
Please type in your comments in English.
The comments that contain insults or libel to individuals, ethnicities, or contradictions with the laws of the country and religious teachings will not be disclosed