Rasa - The Saudi-UAE military alliance fighting Ansarullah in Yemen has been slammed by Human Rights Watch, which has accused the pair of reaching "dubious conclusions" in its post-air attack analysis and failing to properly investigate alleged war crimes. 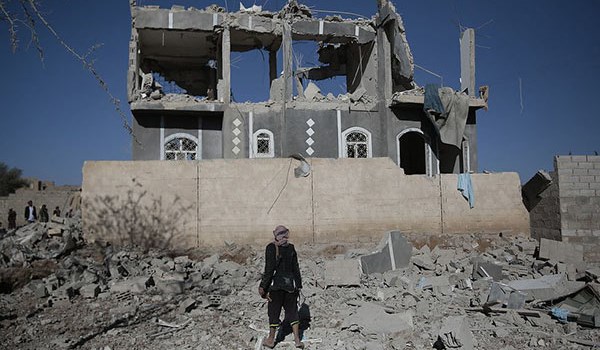 "Many of the apparent laws-of-war violations committed by coalition forces show evidence of war crimes," HRW said in the report.

"JIAT investigations show no apparent effort to investigate personal criminal responsibility for unlawful air attacks. This apparent attempt to shield parties to the conflict and individual military personnel from criminal liability is itself a violation of the laws of war," it added.

Previous investigations by the Saudi-led alliance also absolved itself of any real responsibility and instead put the blame on the Ansarullah, according to the report.

The HRW said that JIAT often appeared to find that an air attack was lawful "solely because the coalition had identified a legitimate military target, but did not appear to consider whether the attack was lawfully proportionate or if precautions taken were adequate".

"For more than two years, the coalition has claimed that JIAT was credibly investigating allegedly unlawful air attacks, but the investigators were doing little more than covering up war crimes," Sarah Leah Whitson, HRW Middle East director, stated, adding that "governments selling arms to Saudi Arabia should recognize that the coalition’s sham investigations do not protect them from being complicit in serious violations in Yemen".

The US, UK, Canada, France and Spain have all sold weapons to Saudi Arabia in recent years despite repeated petitions from human-rights groups. Some of those weapons have been used in the conflict. Washington has been the biggest supplier of military equipment to Riyadh, with more than $90bn of sales recorded between 2010 and 2015.

Following a recent air attack on a school bus that killed 40 children, individual members of congress called on the US military to clarify its role in the war and investigate whether support for the air raids could render American military personnel "liable under the war crimes act".

Tags: UAE HRW Yemen Saudi
Short Link rasanews.ir/201qG2
Share
0
Please type in your comments in English.
The comments that contain insults or libel to individuals, ethnicities, or contradictions with the laws of the country and religious teachings will not be disclosed