'Gaza to be uninhabitable in less than two years'

Rasa - The Gaza Strip will be uninhabitable in less than two years if proper actions are not taken to end the years-long Israeli siege on the coastal enclave, warns a Palestinian advocacy group. 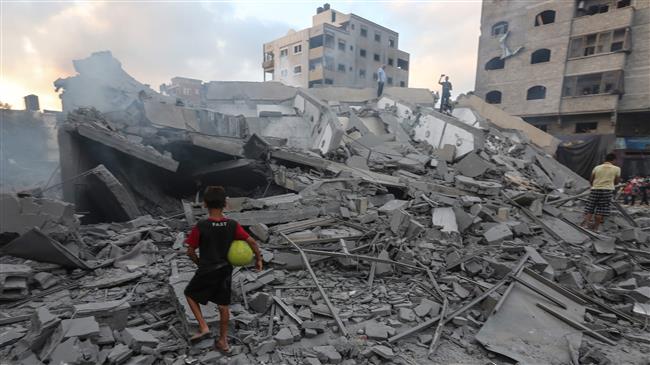 RNA - The Popular Committee to Lift the Siege on Gaza said that the international community needs to find practical solutions to the various humanitarian crises that Gaza is grappling with as a direct result of Israeli actions, the Palestinian Information Center reported Thursday.

According to Press TV, Jamal al-Khudari, from the popular committee, said Gazans are enduring a “calamitous” humanitarian situation due to the 12-year-long Israeli blockade.

“International warnings as regards the situation in Gaza should be translated into projects on the ground”, he said.

“By 2020, Gaza will be an uninhabitable zone”, al-Khudari added.”The international community should force Israel to lift its illegal and immoral siege.”

The Gaza Strip has been under an Israeli blockade since June 2007. Years of blockade, three major invasions and daily airstrikes against critical infrastructure have caused a decline in the standard of living as well as unprecedented levels of unemployment and unrelenting poverty.

The UN political chief, Rosemary DiCarlo, warned earlier in the day that the world body lacks sufficient funds to continue paying for fuel and medicine in critical facilities in the Gaza Strip.

She added that around $4.5 million was required to insure fuel for hospitals, water plants and other critical facilities in the Gaza Strip until the end of the year.

Tags: Palestinian Gaza
Short Link rasanews.ir/201qG1
Share
0
Please type in your comments in English.
The comments that contain insults or libel to individuals, ethnicities, or contradictions with the laws of the country and religious teachings will not be disclosed