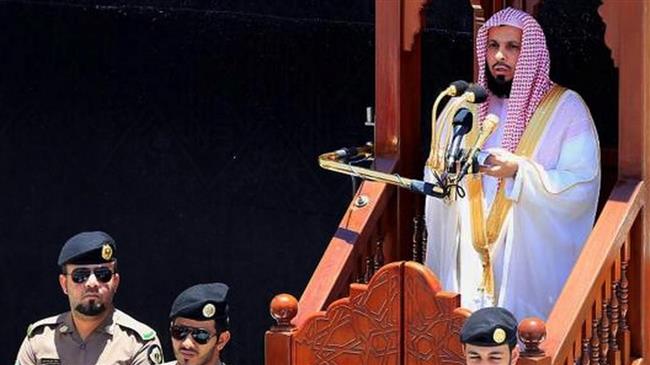 RNA - The news was picked up by Al Jazeera and other major Arab news outlets on Wednesday, three days after social media advocacy group Prisoners of Conscience (POC) first broke the story of Talib’s detention.

According to Al Jazeera, the arrest came after Talib delivered a sermon on the duty in Islam to speak out against evil in public.

During the address, he also challenged “mixed public gatherings” of men and women, an initiative recently promoted by MBS as part of his so-called moderation project.

According to a separate report by Khaleej Online, an Arabic language website, Talib, who also serves as a judge in Mecca, blasted the mixing of unrelated men and women at concerts and other entertainment venues.

However, his speech was void of any direct criticism of the Saudi royal family, the website added.

Saudi authorities have yet to make any statement on the fate of Talib or his whereabouts.

Some reports suggested that the imam’s English and Arabic twitter accounts had been deactivated within hours after his reported arrest.

After becoming the new heir to the crown last year by snatching power from his cousin and the son of the previous Saudi king, Salman went on a charm offensive to attract foreign investors and save the country’s ailing economy while cementing his grip on power at home by going after his opponents.

He tried to tone down Riyadh’s disrepute for abusing women’s rights by relaxing laws on female attendance at public events. He also allowed women to drive and authorized companies to hire them at higher numbers.

But the façade did not hold long as the crackdown on anti-regime activists went ahead ever more brutally and saw them, including many women, get arrested and handed heavy sentences, including execution by beheading.

In one of the most recent cases, public prosecutors at the Saudi Specialized Criminal Court called for the death penalty for six defendants, including Israa al-Ghomgham and her husband.

Arrested in December 2015, Ghomgham, a Shia, became a target for Saudi officials after partaking in protests in Qatif and demanding an end to discrimination against Shia Muslims and the release of political prisoners.

According to Press TV, Yahya Assiri, a London-based Saudi activist, told Al Jazeera that the kingdom was monitoring “everyone that’s influential and has a presence on the scene.”

According to a report by Prisoners of Conscience in January, the Riyadh regime had arrested at least 82 renowned scholars and clerics since the beginning of the crackdown in July last year.

Some 50 media figures, 45 university professors, 40 PhD holders, 30 authors and 10 judges and lawyers were also among the prisoners, the report added.

Tags: Mecca Saudi
Short Link rasanews.ir/201qFw
Share
0
Please type in your comments in English.
The comments that contain insults or libel to individuals, ethnicities, or contradictions with the laws of the country and religious teachings will not be disclosed