Rasa - The United Nations warned on Thursday of what it described as a lost generation of Muslim Rohingya children, with half a million in refugee camps in Bangladesh facing dangers including disease and floods and those still in Myanmar lacking access to proper education. 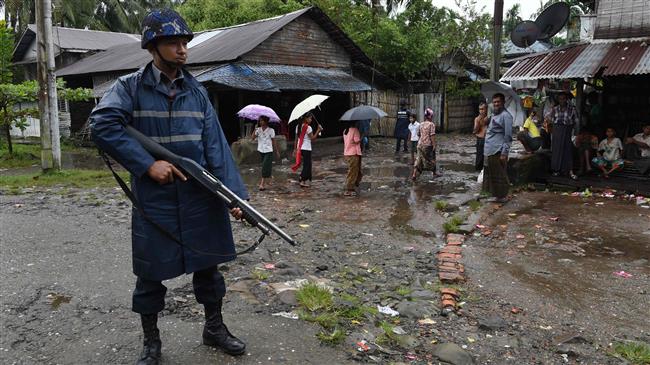 RNA - “We are talking about risking the loss or the potential loss of a generation of Rohingya children,” UNICEF Spokesman Simon Ingram told news conference in Geneva after spending six weeks in the camps in Cox’s Bazar, World News reported.

“It isn’t just the half a million children or so on the Bangladeshi side of border but it’s also those who are still left behind in Rakhine state, whose access to education is patchy at best and highly limited,” he said.

More than 24,000 Rohingya Muslims have been killed by Myanmar’s state forces since August 2017, according to a new report by Ontario International Development Agency.

The UN has also documented mass gang rapes, killings --- including of infants and young children --- brutal beatings, and disappearances committed by security personnel. In a report, UN investigators stated that such violations may have constituted crimes against humanity.

The UN has already described the Rohingya as the most persecuted community in the world, calling the situation in Rakhine similar to “a textbook example of ethnic cleansing".

Tags: Rohingya Myanmar
Short Link rasanews.ir/201qFu
Share
0
Please type in your comments in English.
The comments that contain insults or libel to individuals, ethnicities, or contradictions with the laws of the country and religious teachings will not be disclosed