Rasa - The Israeli Regime’s Likud Party, has drafted a bill banning the raising of “enemy flags”. 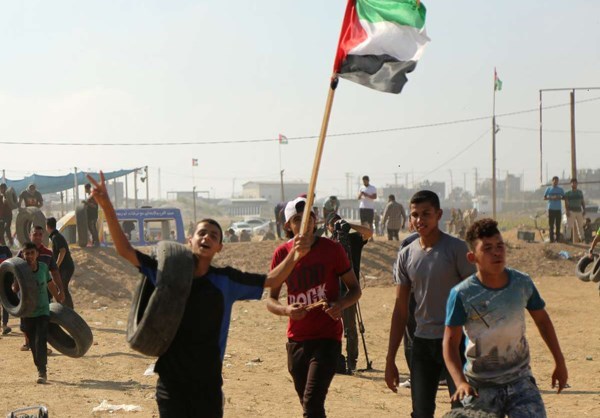 RNA - Israeli Likud Party MP, Anat Berko, proposed a bill this Wednesday, which will make it illegal to raise the Palestinian flag, the AMN reported on Friday.

The Bill specifically targets those who raise “flags” in a form of protest against Israel.

According to the proposed bill, those caught in the act of raising a Palestinian flag in Israel, will be forced to face a one year prison sentence.

The proposed bill, which is to be voted upon, was been slammed as fascist by both Palestinian MPs and Human Rights Organizations.

Tags: Palestinian Flag Israel
Short Link rasanews.ir/201qFq
Share
0
Please type in your comments in English.
The comments that contain insults or libel to individuals, ethnicities, or contradictions with the laws of the country and religious teachings will not be disclosed