Rasa - Yemeni scholars and religious figures have strongly denounced a recent deadly airstrike by Saudi warplanes on a bus carrying schoolchildren in the country’s northwestern province of Sa’ada, criticizing the silence and inaction of world bodies vis-à-vis the Saudi-led coalition's crimes against Yemenis. 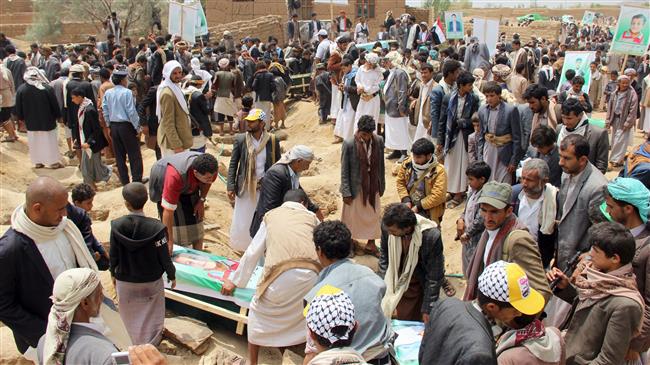 RNA - The scholars, in a statement released on Sunday, held the United Nations and the UN Security Council responsible for the atrocities of the Saudi-led military alliance against the Yemeni nation.

The statement called on all freedom-loving people worldwide, Muslim leaders and clerics in particular, to raise their voices and fulfill their humanitarian and religious duties in the face of the aggressors’ heinous criminal acts.

The airstrike on August 9 hit a bus carrying a group of young schoolchildren attending summer classes of the Holy Qur’an from a camp at a busy market area in the Dhahyan district of Sa’ada province, UN spokesman, Farhan Haq, said in a statement.

According to Yemeni medical sources, over 50 people, including 40 children, were killed and 77 injured in the strike.

The United Nations Secretary General Antonio Guterres has censured the attack, calling for “an independent and prompt investigation” into the incident.

According to Press TV, the United Nations says a record 22.2 million Yemenis are in need of food aid, including 8.4 million threatened by severe hunger.

Tags: Yemen UN Saudi
Short Link rasanews.ir/201qFU
Share
0
Please type in your comments in English.
The comments that contain insults or libel to individuals, ethnicities, or contradictions with the laws of the country and religious teachings will not be disclosed