Rasa - More than two million Muslims from around the globe have converged in the holy city of Mecca in Saudi Arabia to start this year’s Hajj pilgrimage. 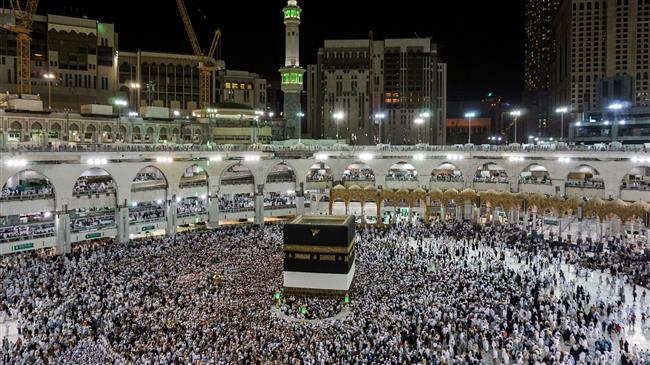 The gathering in one place of Muslims from across the globe is seen as a means of sending across the message of Muslim unity to the entire world.

“It’s the dream of every Muslim to come here to Mecca,” Frenchman Soliman Ben Mohri, a 53-year-old Muslim, said. “It’s the ultimate journey.”

Each and every able-bodied Muslim, male or female, is required to complete the Hajj pilgrimage at least once in their lifetime if they also have the sufficient financial capacity to do so.

Most of the pilgrims began moving on Sunday from Mecca to the nearby Mina, where they will spend the night in fire-resistant tents.

According to Press TV, thousands of buses and vehicles carrying the pilgrims lined the eight-kilometer road from Mecca to Mina. Many pilgrims made the journey walking under the scorching heat of the sun.

A tragic human crush during the Hajj rituals in 2015 killed thousands of pilgrims in Mina.

Saudi authorities gave an initial tally of 770 deaths and then stopped updating that figure, even as official counts from individual countries whose nationals had died in the incident rose to the thousands in total.

Tags: Hajj Pilgrimage
Short Link rasanews.ir/201qFT
Share
0
Please type in your comments in English.
The comments that contain insults or libel to individuals, ethnicities, or contradictions with the laws of the country and religious teachings will not be disclosed