Rasa - Head of the National Wisdom Movement of Iraq Ammar al-Hakim lauded the promising relations between Baghdad and Tehran, and said that Iran has greatly helped his country in fighting the terrorist groups. 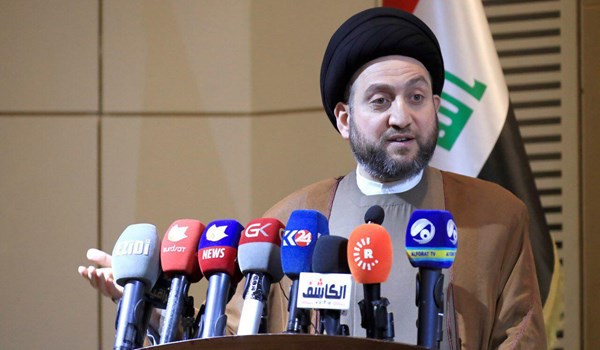 RNA - "Iran has special ties with its neighbors, particularly Iraq, which should be taken into account by other countries," Hakim said.

In relevant remarks earlier in August, Ammar al-Hakim deplored the US unilateral sanctions against Iran.

"We believe that weakening Iran will neither benefit Iraq nor any of the regional states which intend to impose economic siege on the country, as the aftershocks of this measure will not be limited to Iran and will affect the entire region," Hakim said.

Tags: Ammar Hakim Iran Iraq
Short Link rasanews.ir/201qFS
Share
0
Please type in your comments in English.
The comments that contain insults or libel to individuals, ethnicities, or contradictions with the laws of the country and religious teachings will not be disclosed