Rasa - Each year, over 700 Palestinian children in the West Bank are arrested, prosecuted and tortured by Israeli military forces. Their only crime: taking part in peaceful protests against Israeli occupation and terror. 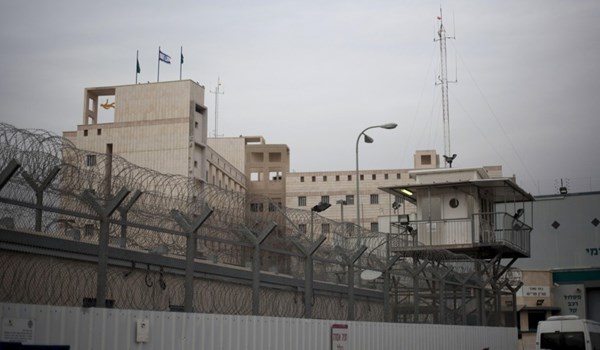 - Taken from their homes at night and at gunpoint,

- Interrogated without a lawyer and with no audio-visual recording,

According to the child rights organization, Defense for Children International - Palestine (DCIP), over 70 percent of these children have endured violence and torture after their arrest. Israeli military authorities claim they have undertaken reforms that address physical violence and torture by Israeli military and police forces. In reality, that’s far from the truth. DCIP says “ill-treatment of Palestinian child detainees by Israeli forces is widespread, systematic and institutionalized throughout the Israeli military detention system.”

And the situation got particularly worse after the observer state of Palestine was chosen to lead the Group 77 at the United Nations, making it a big win for Palestine and increasing the tensions with Israel. G77 is the largest bloc of developing countries, currently with 135 countries, and Palestine spoke at the General Assembly. Palestine will assume leadership of the G77 by January 2019, replacing Egypt.

Nonetheless, Palestinian child arrests and imprisonments have become pervasive and the legitimacy of the methods used to process their arrests is quite questionable and illegal under International Law. Of the 727 children processed by Israeli military courts that DCIP represented, 700 had no parent or legal counsel present during the interrogation. Additionally, 117 spent more than two weeks in solitary confinement.

With Palestine’s new leadership position at the UN, however, the observer state should draw international attention towards the violation of International Law concerning military courts and child prisoners. The key demands should be:

- Children must not be prosecuted in military courts because they lack basic due process guarantees,

- Detention must never be used even as a measure of last resort,

- Children must not be arrested at all,

- Children must not be subjected to any form of physical violence,

- Children must have access to legal representation and parents prior to and during interrogations,

- All interrogations of children must be audio-visually recorded,

- Any statement made as a result of torture or ill-treatment must be excluded as evidence in any civilian court proceeding,

- All credible reports of torture and ill-treatment must be thoroughly and impartially investigated in accordance with international standards, and perpetrators brought promptly to justice.

The G77 must also require Israel to make a UN statement that it will take immediate, effective and meaningful action - including allowing international bodies - to ensure all the above requirements are implemented by its military authorities without delay.

Under International Law and its own Charter, there must be more action and the United Nations must vigorously call Israel to account. The world body has already declared the Israeli settlements on occupied Palestinian lands as illegal. It must now do something about it.

At any rate, one of the greatest signifiers of Israel’s military occupation and terror is the daily abusive treatment of Palestinian children at the hands of Israeli soldiers. This apartheid policy is part of the larger framework of systemic oppression used to silence Palestinian resistance. As can be seen in the violation of International Law concerning military courts and child prisoners, Israel not only punishes adult Palestinians for resisting the occupation but their children, too.

The United Nations Children’s Fund and Defense for Children International – Palestine are two international humanitarian organizations that repeatedly call attention to Israel’s illegal treatment of Palestinian children. There must be more vocal condemnation, more stringent policies against the Israeli regime, and certainly a binding resolution at the United Nations as well that addresses and ends the arrests, ill-treatment and torture of Palestinian children in Israeli military prisons.

Tags: Apartheid Child Prison Palestinian Prisoner Israel
Short Link rasanews.ir/201qFJ
Share
0
Please type in your comments in English.
The comments that contain insults or libel to individuals, ethnicities, or contradictions with the laws of the country and religious teachings will not be disclosed