Rasa - Qatar has accused Saudi Arabia of barring its citizens from performing this year’s Hajj pilgrimage amid a year-long boycott of Doha by a Saudi-led bloc of four Arab nations. 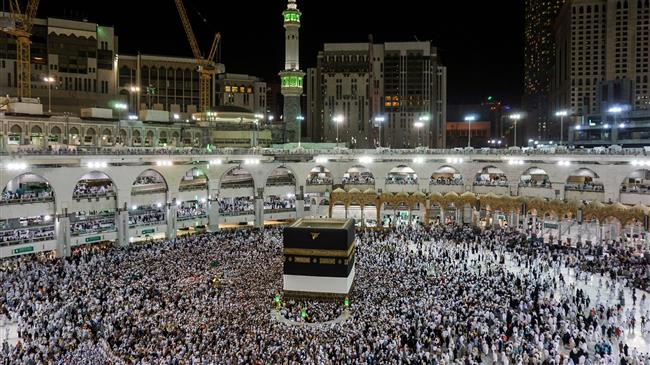 In June 2017, Saudi Arabia, the United Arab Emirates (UAE), Bahrain, and Egypt severed diplomatic relations with Qatar, in a scheme generally believed to have been orchestrated by Riyadh. The four countries accused Qatar of sponsoring “terrorism” and destabilizing the region, an allegation strongly denied by Doha.

"There is no chance this year for Qatari citizens and residents to travel for Hajj," said al-Kaabi .

"Registration of pilgrims from the State of Qatar remains closed, and residents of Qatar cannot be granted visas as there are no diplomatic missions."

Saudi Arabia has denied the accusations, saying its diplomatic dispute with Doha is not stopping Qataris from making the pilgrimage to Mecca.

Speaking on condition of anonymity, an official at Saudi Arabia's Hajj ministry accused Qatar of trying to “politicize the Hajj.”

According to Press TV, Riyadh has said Qatari pilgrims can arrive on any airline other than Qatar Airways.However, three travel agencies in Doha said they had stopped trying to sell Hajj packages,which can cost up to 120,000 riyals ($33,000).

"Last year we lost a lot of money as the crisis started after we had booked everything in Mecca and Medina and we had to pay people back," said a manager of one travel agency in Doha, speaking on condition of anonymity.

"This year, nobody is really trying as people have understood there is no way to go there in these circumstances," the official said.

Saudi Arabia temporarily opened the land border for Hajj last year, but not this year. Some 1,200 Qataris are eligible to perform the rituals under a quota system.

Tags: Hajj Qatar Saudi
Short Link rasanews.ir/201qFC
Share
0
Please type in your comments in English.
The comments that contain insults or libel to individuals, ethnicities, or contradictions with the laws of the country and religious teachings will not be disclosed