Rasa - Muslims from around the world have converged on holy sites in Saudi Arabia, prepared to begin the annual Hajj pilgrimage on Sunday, August 19. 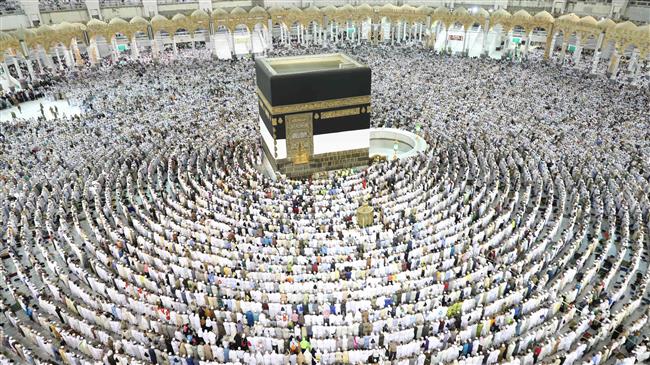 RNA - The rites, observed by millions, are seen as a means of sending across the message of Muslim unity to the entire world.

The rites feature the following phases:

Ihram comprises wearing a special outfit: A two-piece white seamless garment for men, and a loose cover-all dress for women.

Tawaf features walking and praying around Kaaba at the center of the Grand Mosque in Mecca. The circumambulation is highly spiritual, and is done in seven straight bouts.

Sai sees pilgrims walking seven times between two stone spots at the mosque, emulating a search for water by Prophet Ibrahim’s wife Hajar. Hajar was looking for water for his infant son Ismail, and happened to find it bubbling out of the ground at what was later named as Zamzam Well.

It is religiously imperative for every practicing Muslim to perform the Greater Pilgrimage once in his or her lifetime.

The next morning, they leave Mina for Mount Arafat, 10 kilometers (six miles) away, where Prophet Mohammad (PBUH) delivered his last Hajj sermon. In the afternoon, the pilgrims leave for Muzdalifah, an open area between Arafat and Mina, to gather pebbles and stones for the upcoming ritual of “Stoning the Devil.”

The following day coincides with the start of Eid al-Adha (Feast of Sacrifice).

The subsequent festivities feature various rites, including stoning a column representing the devil, and sacrificing sheep in remembrance of Prophet Abraham’s offering up his son for sacrifice to God, who provided a lamb in the boy’s place at the last moment.

The pilgrims gather pebbles to perform the stoning on the eve of the Eid al-Adha feast, which marks the end of Hajj.

At the start of Eid al-Adha, pilgrims return to Mina for the first of three daily stoning rites.

Traditionally, seven pebbles are thrown at the monument representing the devil, emulating the actions of Abraham.

After the first stoning, the sheep are slaughtered and the meat distributed to needy Muslims.

Men then shave their heads or trim their hair while women cut a fingertip-length off their locks.

After that the pilgrims can end their ihram and change back into normal clothing.

Tags: Muslim Hajj
Short Link rasanews.ir/201qF7
Share
0
Please type in your comments in English.
The comments that contain insults or libel to individuals, ethnicities, or contradictions with the laws of the country and religious teachings will not be disclosed