Bomb that killed Yemeni kids supplied by US: CNN

Rasa - Munitions experts have confirmed that a bomb used by Saudi Arabia in last week's attack on a school bus in Yemen that killed dozens of children had been supplied by the US. 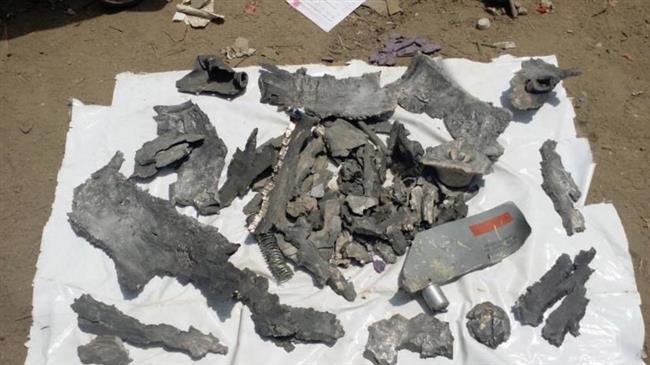 RNA - The experts told CNN on Friday that the bomb was a 227-kilogram laser-guided Mark 82 bomb.

They also noted that the numbers on the weapon identified major US military contractor Lockheed Martin as its maker.

The Saudi air raid on Sa’ada hit a school bus on August 9 as it drove through a market in the town of Dhahyan, sparking outrage from international human rights groups and UN officials.

40 innocent children killed on a bus in Yemen.
Our ally.
Our missile.
Our crime. pic.twitter.com/yQ7FULulj2
— Jim Carrey (@JimCarrey) August 17, 2018

The attack killed a total of 51 people, among them 40 children, and left 79 others wounded.

Earlier this week, a local journalist said recovered bomb fragments showed that it was likely manufactured in the US.

Riyadh initially described the Sa'ada strike as a "legitimate military action," but later launched an investigation into the incident amid mounting criticism of its bloody war on Yemen.

Asked about CNN's report, Saudi "coalition" spokesman Colonel Turki al-Maliki said that it would not "be appropriate for the coalition to comment further while the investigation is underway."

The report also said that the bomb used in the Sa'ada airstrike was very similar to the one that hit a funeral hall in the Yemeni capital, Sana'a, in October 2016, killing 155 people and injuring 525 others.

In December that year, the US cancelled the sale of precision-guided munitions to Saudi Arabia because of concerns about civilian casualties. In March 2017, however, the US administration under President Donald Trump overturned the ban.

Retired Rear Admiral John Kirby claimed that the government of former President Barack Obama had "deep concerns about the way the Saudis were targeting, and we acted on those concerns by limiting the kinds of munitions that they were being given and stridently trying to argue for them to be more careful and cautious."

Recent fatal Saudi airstrikes have highlighted the issue of the US complicity in the deaths of the Yemenis.

On Friday, thousands of Yemenis took to the streets of Sana'a to condemn the economic hardship caused by the US-backed Saudi war.

Protester Abdulrahman Faya'a said, "Saudi Arabia and the United States which lead the aggression against Yemen are the reasons behind the increase in prices."

Separately on Friday, the Yemeni army fired a ballistic missile at the kingdom's southern Narran region in retaliation for the deadly military campaign on the impoverished state.

According to Press TV, Saudi Arabia and its allies launched a brutal war, code-named Operation Decisive Storm, against Yemen in March 2015 in an attempt to reinstall former Yemeni President Abd Rabbuh Mansur Hadi, a staunch ally of Riyadh, and crush the Houthi Ansarullah movement.

Tags: US Yemen Saudi
Short Link rasanews.ir/201qF6
Share
0
Please type in your comments in English.
The comments that contain insults or libel to individuals, ethnicities, or contradictions with the laws of the country and religious teachings will not be disclosed