Vatican expresses 'shame and sorrow' over sexual abuse by US priests

Rasa - RasaThe Vatican has expressed “shame and sorrow” over the sexual abuse of at least 1,000 children by more than 300 Catholic priests in the US state of Pennsylvania, and has said Pope Francis is “on the side” of survivors. 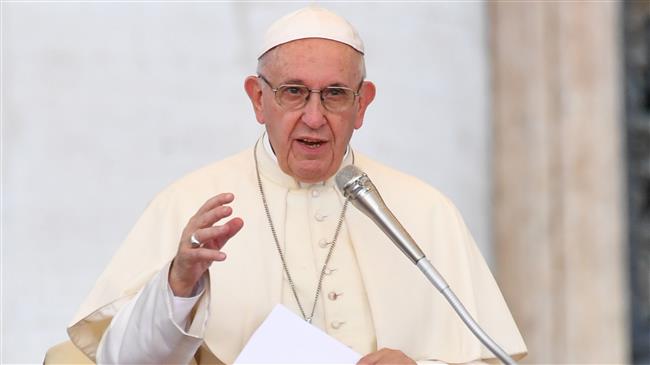 RNA - "Victims should know that the pope is on their side. Those who have suffered are his priority, and the Church wants to listen to them to root out this tragic horror that destroys the lives of the innocent," the Vatican said in a statement on Thursday.

"There are two words that can express the feelings faced with these horrible crimes: shame and sorrow," it said.

The comments came after a devastating US grand jury report was published on Tuesday that decried a systematic cover-up by the US Catholic Church.

The Vatican statement added that the church needed to learn "hard lessons from its past, and there should be accountability for both abusers and those who permitted abuse to occur".

A grand jury in the US state of Pennsylvania on Tuesday released the findings of the largest-ever investigation of sex abuse in the US Catholic Church, finding that 301 priests in the state had sexually abused minors over the past 70 years.

According to Press TV, the two-year investigation by a grand jury into all but two Pennsylvania dioceses turned up dozens of witnesses and half a million pages of church records containing "credible allegations against over three hundred predator priests."

More than 1,000 child victims were identifiable, but the "real number" was "in the thousands," the grand jury estimated.

Victims were often traumatized for life, driven to drugs, alcohol and suicide, the grand jury said.

The report is thought to be the most comprehensive to date into abuse in the US church, since The Boston Globe first exposed pedophile priests in the state of Massachusetts in 2002.

But while Tuesday's report led to charges against two priests, one of whom has pleaded guilty, the majority of those responsible are dead and the vast majority of crimes happened too long ago to prosecute, officials said.

The latest revelation of widespread child sexual abuse by US Catholic clergy has given impetus to efforts by federal and state legislators to make it easier to prosecute such cases.

Pennsylvania State Representative Mark Rozzi, 47, said Wednesday he has fought for years to give people who say they were sexually assaulted as children more time to report such crimes to police in Pennsylvania, one of 14 US states considering bills to extend the statute of limitations for such offenses.

Tags: sexual abuse priest US Vatican
Short Link rasanews.ir/201qEy
Share
0
Please type in your comments in English.
The comments that contain insults or libel to individuals, ethnicities, or contradictions with the laws of the country and religious teachings will not be disclosed