Rasa - More than 300 news publications across the United States have joined a freedom of press movement against President Donald Trump, pledging to run Thursday editorials rebuking his relentless attacks on the press. 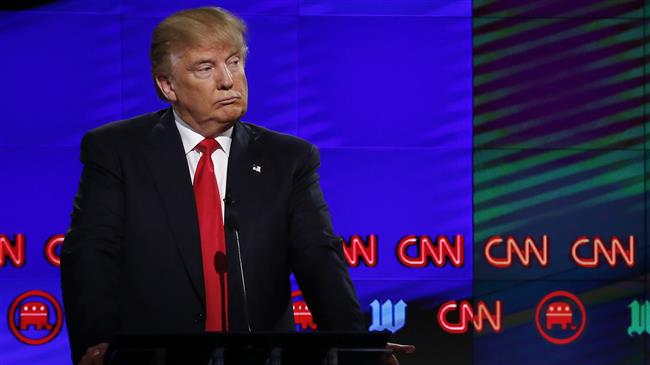 RNA - The movement, organized by the Boston Globe, has seen some of America’s most respected and widely circulated newspapers, including The New York Times, The Dallas Morning News, The Denver Post, The Philadelphia Inquirer, and The Chicago Sun-Times, commit to taking a stand in their editorial pages.

In a piece calling on other newspapers to join the effort, the Boston Globe wrote Wednesday, "We propose to publish an editorial on August 16 on the dangers of the administration's assault on the press and ask others to commit to publishing their own editorials on the same date."

The initiative came to life following president’s repeated verbal attacks on journalists, calling the mainstream media “fake news” and “the enemy of the American people.”

“The greatness of America is dependent on the role of a free press to speak the truth to the powerful,” the Globe said, accusing Trump of conducting a “sustained assault on the free press.”

“To label the press ‘the enemy of the people’ is as un-American as it is dangerous to the civic compact we have shared for more than two centuries,” the article added.

According to Press TV, Senator Jeff Flake, one of Trump’s outspoken Republican critics, has likened the president’s rhetoric to the adopted by former Soviet dictator Josef Stalin.

The Kansas City Star, a newspaper in the state of Missouri, where Trump won in the 2016 presidential election, drew a similar analogy on Wednesday and blasted Trump’s “fake news” remarks.

Pro-Trump outlets, such as conservative website Townhall.com, have criticized the push, urging the public to boycott the anti-Trump papers on Thursday.

“Unlike the mastodons at The Boston Globe, I would not presume to tell anyone else what to think or what to do,” the website wrote Wednesday. “But as for me - and I suspect many others - I won’t be putting any coins in any newspaper box August 16th.”

However, Marjorie Pritchard, deputy editorial page editor of the Boston Globe, says the response has been "overwhelming."

"We have more than 100 publications signed up, and I expect that number to grow in the coming days," she said. "We have some big newspapers, but the majority are from smaller markets, all enthusiastic about standing up to Trump's assault on journalism."

Tags: news outlet US Media Trump
Short Link rasanews.ir/201qEo
Share
0
Please type in your comments in English.
The comments that contain insults or libel to individuals, ethnicities, or contradictions with the laws of the country and religious teachings will not be disclosed