Rasa - A leading human rights group has accused Israel of ignoring and covering up criminal activity in its investigations after the Tel Aviv regime clears its troops of any wrongdoing in an attack that claimed the lives of scores of Palestinians during the devastating 2014 Gaza war. 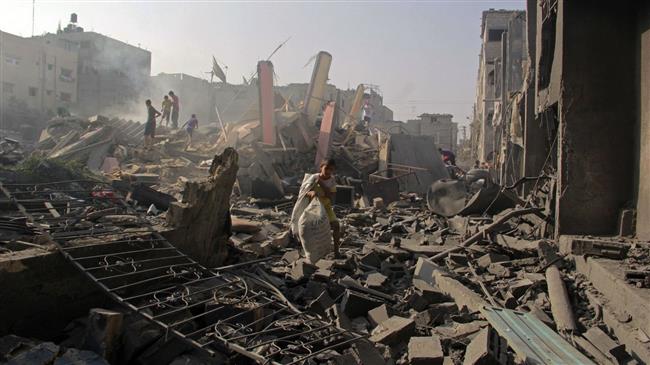 RNA - On Wednesday, the Israeli army announced that after what it claimed to be a comprehensive investigation, its military advocate general determined “a criminal investigation is not warranted into the incidents that occurred during the fighting.”

The probe was launched into the August 1, 2014 attack in the southern Gaza town of Rafah, where over 150 Palestinians were killed during a daylong attack of heavy and indiscriminate shelling by Israeli forces.

Israeli Human rights group B'Tselem slammed the report, referring to it as a cover-up.

“The military advocate general proves again that no matter how high the number of Palestinians killed is, nor how arbitrary the circumstances of their killing by the military was, the Israeli whitewash mechanism he heads will find a way to bury the facts,” it said.

“This emphasizes the unfairness of the Israeli inquiry and the need for an international investigation committee to probe Israel’s crimes in Rafah and in all the Gaza Strip and Palestinian lands,” said Hamas official Sami Abu Zuhri.

According to Press TV, Wael al-Namla, who lost three family members in the attack, said the Israeli military's verdict were “crazy,” adding that his toddler son also lost both legs in the shelling that day.

“They were bombing us from the ground and air randomly. They did not just violate the human rights, they forgot that there were humans in Rafah... I want an independent international investigation that can guarantee my rights,” he added.

Israel’s seven-week-long summer war in 2014 and two other military operations over the last six years have caused economic losses close to three times the size of Gaza's gross domestic product. The latest onslaught claimed the lives of over 2,200 Palestinians and left over half a million more displaced. It also severely damaged more than 20,000 homes, 148 schools, 15 hospitals, and 45 clinics. At least 247 factories and 300 commercial centers were rendered inoperable or totally destroyed in the attack.

Tags: Israel Gaza
Short Link rasanews.ir/201qEm
Share
0
Please type in your comments in English.
The comments that contain insults or libel to individuals, ethnicities, or contradictions with the laws of the country and religious teachings will not be disclosed