Rasa - Israeli military forces have reportedly arrested a reporter for the Palestinian Broadcasting Corporation (PBC) in the central part of the West Bank, as the Tel Aviv regime is pressing ahead with a heavy-handed crackdown on members of the press in the occupied Palestinian territories. 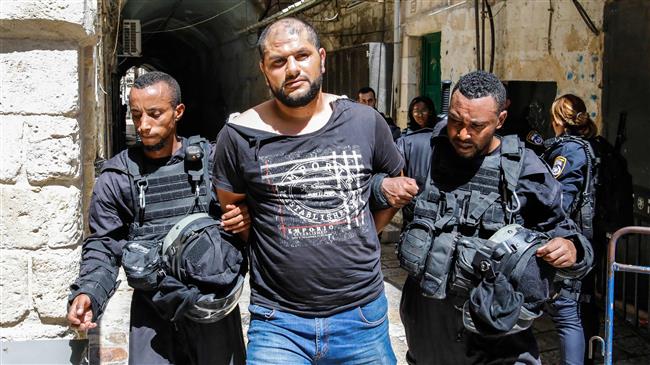 RNA - The PBC announced in a statement that Ali Dar Ali was detained when Israeli forces broke into his home in the central West Bank city of Ramallah, located 10 kilometers (6 miles) north of Jerusalem al-Quds, in the early hours of Wednesday.

The broadcasting corporation then demanded the immediate release of Dar Ali, and held the Israeli regime fully responsible for restrictions on Palestinian media outlets.

“These measures are intended to silence the Palestinian voice and deviate the public opinion, so the Israeli regime can go ahead with its crimes without any opposition,” the statement noted.

“Such measures will not deter us from carrying out our national duties vis-à-vis our cause,” it said in conclusion.

The Palestinian Prisoners' Society said the journalists of the Arabic-language al-Quds television network were detained in Ramallah.

The Israeli military said in a statement that clashes broke out during the arrest raid, and soldiers “responded with riot dispersal means.”

Those arrested “were suspected of incitement and involvement in the Hamas-backed al-Quds television channel,” the statement added.

Early last month, the Israeli regime imposed bans on the broadcast of al-Quds TV, and said it cannot be put on air inside the occupied territories.

According to Press TV, Israeli minister of military affairs Avigdor Lieberman said on Monday that the television network can operate neither in Jerusalem al-Quds nor in other parts of Palestinian lands, and that the measure is in accordance with Israel’s so-called anti-terrorism law.

Israeli authorities have on occasions accused al-Quds television channel of being a “propaganda tool” for Hamas.

Tags: Palestinian Israel West Bank
Short Link rasanews.ir/201qEh
Share
0
Please type in your comments in English.
The comments that contain insults or libel to individuals, ethnicities, or contradictions with the laws of the country and religious teachings will not be disclosed