US Congress Withdraws from Demand to Sanction Iraq's Hashd Al-Shaabi

Rasa - The final version of the National Defense Authorization Act that US President Donald Trump signed on Monday indicates that the Congress has withdrawn from its demand to sanction Hashd al-Shaabi (popular forces) of Iraq. 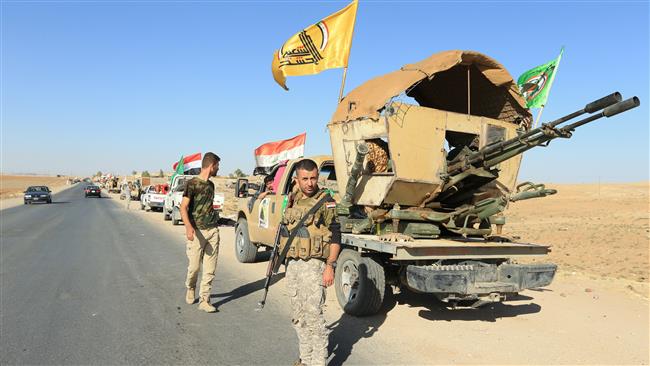 "The House version had mentioned Asaib Ahl al-Haq and Hezbolla al-Nujaba, two militias in particular that they wanted to be sanctioned. The final (NDAA) bill, however, omitted them," Jerusalem Post reported on Tuesday.

Trump approved a colossal defense policy bill Monday that authorizes a top-line budget of $717 billion to cover a litany of defense spending.

Trump traveled to Fort Drum, home of the Army's 10th Mountain Division, in upstate New York to sign the bill, which was named in honor of former Vietnam prisoner of war Sen. John McCain, R-Ariz., who is battling brain cancer.

The 2019 National Defense Authorization Act, or NDAA, includes $616.9 billion for the Pentagon's base budget, $69 billion for overseas contingency operations funding and $21.9 billion for nuclear weapons programs under the Energy Department. The NDAA is only half the process, since Congress must still pass a spending bill to fund specific priorities with the Defense Department.

Tags: Hashd US Congress Iraq
Short Link rasanews.ir/201qEe
Share
0
Please type in your comments in English.
The comments that contain insults or libel to individuals, ethnicities, or contradictions with the laws of the country and religious teachings will not be disclosed