Rasa - Iran renews its support for intra-Yemeni negotiations towards the resolution of the conflict there, saying the Saudi regime and its allies should stop their deadly attacks on the impoverished Arab state and give room to peace efforts. 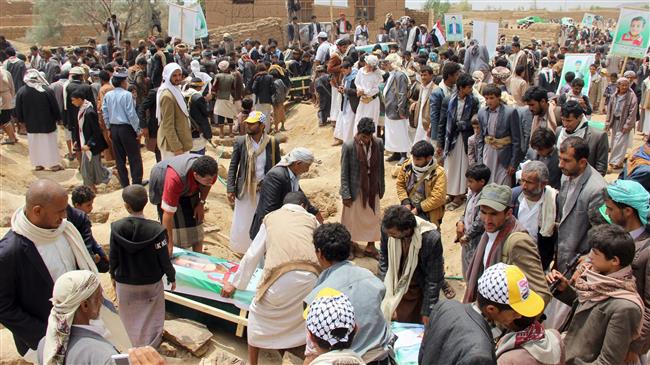 RNA - In a letter to the UN and its Security Council (UNSC), UN Ambassador Gholam-Ali Khoshrou said Iran is of the position that there is no military solution to Yemen’s conflict, and that a peaceful solution can only come about through an all-out national dialog under Yemeni-Yemeni leadership.

Therefore, he added, Saudi Arabia should end its military and political intervention in Yemen and put an end to its blockade of the impoverished country, where the world’s worst humanitarian crisis in unfolding, according to the UN.

Iran repeats its strong warning to the international community and the Security Council about the repercussions of the Saudi-led invasion, and the threat it poses to regional peace and security, the senior diplomat said.

Khoshrou pointed to Iran’s four-point proposal for the realization of peace in Yemen, saying Tehran was prepared to join all stakeholders in meaningful negotiations aimed at realizing the peace plan.

The plan, set out by Foreign Minister Mohammad Javad Zarif, stresses the need for “ending the senseless aerial attacks and establishing a ceasefire, ensuring delivery of humanitarian and medical assistance to the people of Yemen and restoring peace and stability to this country through dialogue and national reconciliation without pre-conditions.”

Riyadh accuses Iran of flouting the resolution, which, among other things, calls for an end to arms support for Yemen’s Houthi Ansarullah movement.

Tehran and the popular group, which defends Yemen against the invaders, have invariably rejected the claims.

According to Press TV, Saudi Arabia has been leading many of its allies in an invasion of the Arab world’s most impoverished nation since 2015. The invasion has killed thousands and placed Yemen on the brink of outright famine.

The letters were submitted to the world body days after the Saudi-led coalition massacred at least 51 civilians, 40 them children, in a single air raid targeting a bus in Sa’ada Province.

The coalition called its new instance of child killing as “legitimate,” and even said the move conforms to international regulations.

Tags: Iran Yemen Saudi
Short Link rasanews.ir/201qEd
Share
0
Please type in your comments in English.
The comments that contain insults or libel to individuals, ethnicities, or contradictions with the laws of the country and religious teachings will not be disclosed