Rasa - A US grand jury report has accused more than 300 “predator priests” of sexually abusing over 1,000 child victims in the state of Pennsylvania for the past seven decades. 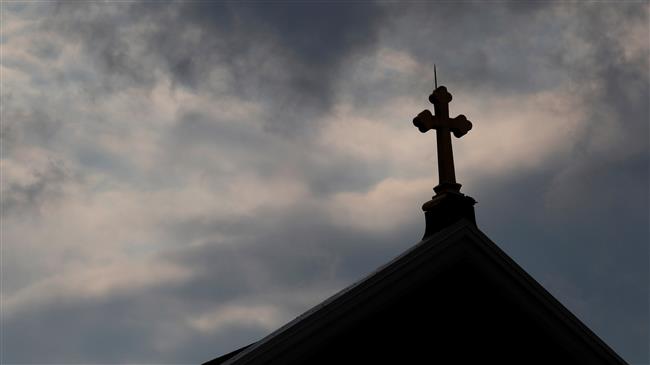 RNA - The report, released by the Pennsylvania Supreme Court on Tuesday, investigated clergy sexual abuse in six dioceses dating back to 1947 and accused the Roman Catholic Church of covering it up for decades.

"We believe that the real number of children whose records were lost or who were afraid ever to come forward is in the thousands," the grand jury report said. "Priests were raping little boys and girls, and the men of God who were responsible for them not only did nothing; they hid it all.”

The Pennsylvania Supreme Court said 23 grand jurors had been working for two years to compile the near-1400-page report based on internal documents surrendered by the six dioceses and testimony from victims.

"There have been other reports about child sex abuse within the Catholic Church. But never on this scale," the grand jurors wrote in the lengthy report. "For many of us, those earlier stories happened someplace else, someplace away. Now we know the truth: it happened everywhere."

The grand jurors said "almost every instance of abuse we found is too old to be prosecuted," however, added that charges have been filed against two priests, who have been accused of abusing minors.

At a news conference announcing the report's release, Pennsylvania Attorney General Josh Shapiro described it as the "largest, most comprehensive report into child sexual abuse within the Catholic Church ever produced in the United States."

According to Press TV, the Roman Catholic Church has been hit by numerous scandals in the past few years, involving allegations of covering up the sexual abuse of children by priests to protect pedophiles and the reputation of the Church.

Since the #MeToo movement emerged last year, US evangelical churches have been grappling with allegations of sexual abuse by their pastors.

A wave of accusations has begun to hit evangelical institutions, bringing down figures like the Reverend Andy Savage, at Highpoint Church in Memphis, and the Reverend Harry Thomas, the founder of the Creation Festival, a Christian music event.

The Catholic Church in the US and other countries are also dealing with a spiraling scandal over child sex abuse and adult gay priest sex.

Pope Francis, who was appointed in 2013 with a mandate to overhaul the Vatican, had warned that there will be “no privileges” for bishops when it comes to child sex offenses. The pontiff also promised more action in response to accusations of cover-up and excessive leniency by the Vatican.

Tags: Pennsylvania Catholic priest priest Abuse
Short Link rasanews.ir/201qEY
Share
0
Please type in your comments in English.
The comments that contain insults or libel to individuals, ethnicities, or contradictions with the laws of the country and religious teachings will not be disclosed