Australian ex-archbishop spared jail, to be put under house arrest

Rasa - An Australian ex-archbishop, the most senior Catholic priest ever to have been convicted of covering sexual abuse of children by another priest, has been spared prison and allowed to serve his 1-year term at the comfort of a private home. 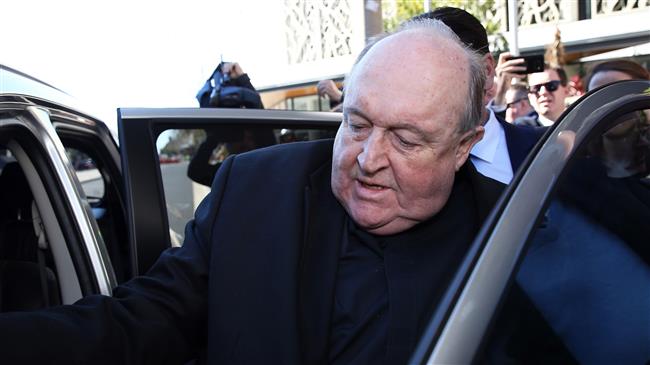 RNA - Australia’s Newcastle Court Magistrate Robert Stone on Tuesday permitted the 67-year-old former priest, Philip Wilson, to serve his jail sentence at home after prison authorities submitted an assessment to the court citing a range of health issues faced by the former archbishop, including heart disease.

The court ordered Wilson to start serving his detention on Tuesday in New South Wales State without disclosing the address of the home he would be staying at. It further pointed out that he would even be eligible for parole in six months, local news outlets reported.

According to the reports, Wilson had declared plans to appeal against his conviction for not informing police authorities about sexual abuse by a Catholic priest, James Fletcher, after two victims told him about it back in 1976.

A televised report by Australian Broadcasting Corporation (ABC) showed Wilson being driven away from the court in Newcastle, disclosing that he would be serving his detention at his sister’s house.

According to Press TV, an irate victim of Fletcher’s confronted the former archbishop outside the court, pressing him to apologize and insisting that the appeal process would prolong the pain suffered by abuse victims of Catholic clerics.

Philip Wilson, who became one of the highest-ranked church officials convicted of covering up child sex abuse, was confronted by enraged victims outside a courthouse after a judge spared him jail.https://t.co/UtI3hyfQE2
— RTÉ News (@rtenews) August 14, 2018

Wilson resigned as archbishop of Adelaide in July, two months after his conviction. He had hoped to maintain the position until he completed his appeal but came under pressure from Australian Prime Minister Malcolm Turnbull, fellow clerics, and abuse victims to quit.

Tags: Catholic priest priest Australian Catholic archbishop
Short Link rasanews.ir/201qEL
Share
0
Please type in your comments in English.
The comments that contain insults or libel to individuals, ethnicities, or contradictions with the laws of the country and religious teachings will not be disclosed