Rasa - Yemenis in the southwestern city of Dhamar have taken to the streets in condemnation of a recent airstrike by the military coalition led by the regime in Riyadh that killed dozens of schoolchildren in northern Yemen. 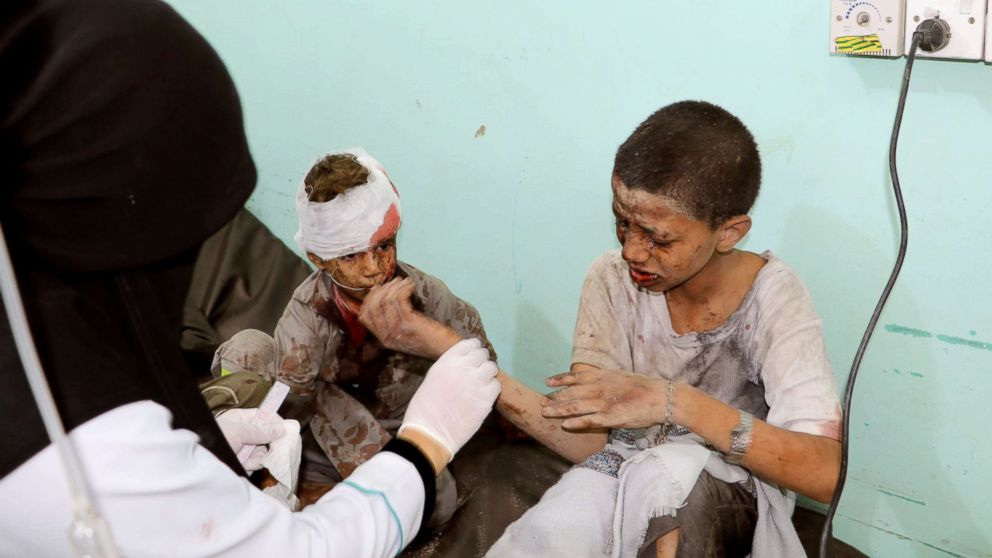 RNA - Carrying placards and banners, the protesters on Saturday chanted slogans against Saudi Arabia and its allies.

On Thursday, the coalition warplanes attacked a school bus in a market in the town of Dahyan in Yemen’s northwestern province of Sa’ada. At least 50 civilians, mainly school kids, were killed and nearly 80 others were injured.

A few hours after the deadly strike, UN Secretary General António Guterres denounced the act of aggression and called for an independent investigation into the incident.

According to Yemen's al-Masirah television network, the bus was transporting a group of young schoolchildren attending summer classes of the Holy Qur'an.

I've been going through BBC News coverage of Yemen, the world's worst humanitarian crisis.
Almost no article mentions Britain is arming Saudi Arabia to the teeth as it obliterates Yemen. This is deception by omission.https://t.co/mczzdpvunH
— Owen Jones

Tags: Yemen Saudi
Short Link rasanews.ir/201qDU
Share
0
Please type in your comments in English.
The comments that contain insults or libel to individuals, ethnicities, or contradictions with the laws of the country and religious teachings will not be disclosed