Rasa Israeli culture and sport minister has called for the assassination of the leaders of Hamas Palestinian resistance movement, stressing that Israel should reinstate its policy of targeted assassinations. 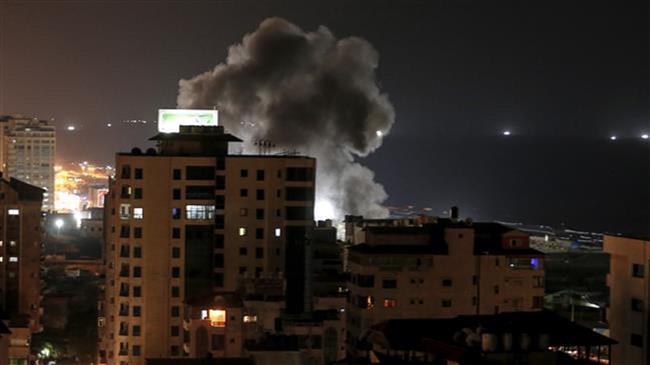 Miri Regev told a recent meeting of local leaders of Israeli communities near the Gaza Strip that the Palestinian resistance movement’s senior officials should “live in fear”.

“We must go back to the policy of targeted assassinations of leaders of this murderous terrorist group,” she added, referring to Hamas.

Other Israeli politicians likewise called on the Israeli leadership to come down harder on Hamas, which controls Gaza and has defended the enclave against three Israeli wars.

Leader of Israeli party Zionist Union Avi Gabbay, who was visiting the city of Sderot in the west of Negev Desert, was recently quoted by media as saying that Israel had “a strong army and weak politicians,” who would not intensify the regime’s aggression.

The current regime “doesn’t know how to deter a terrorist organization or to negotiate,” he added.

Israel has assassinated many Hamas figures over the past years.

Last March, it assassinated Mazen Fuqaha, one of the group’s senior figures, in Gaza. The victim was shot with four bullets to his head.

In 2010, Israel had itself embroiled in an international scandal when its operatives used false European and Australian passports to assassinate senior Hamas figure Mahmoud al-Mabhouh in the United Arab Emirates.

Oren Hazan, an Israeli lawmaker from Likud Party, also recently said, “We are not hitting Hamas hard enough for fear of an ongoing conflict, even though we are deep inside one”.

“If we would have hit them, they wouldn’t have allowed themselves to shoot 200 rockets in one day. So enough with the stories that we hit them hard. The public isn’t stupid, and neither is Hamas,” he added.

Besides staying prepared to take the territory under wholesale warfare, Israel regularly strikes Gaza, saying it needs to target Hamas.

Earlier in the week, Israeli raids on the coastal enclave killed three Palestinians who included a pregnant mother and a toddler.

Israel ramped up attacks on March 30, shortly after Gazans began weekly rallies near the territory’s fence in support of their right to return to their homeland.

The demonstrations and Israeli offensives especially hiked on May 14, the anniversary of the Nakba Day in 1948, when Israel claimed existence after a deadly war against Arab territories.

Nearly 160 Palestinians have been killed and some 17,500 others wounded during the Israeli military’s attacks targeting the March of Return protests, the Palestinian Health Ministry says.

Tags: Hamas Palestinian Israel Gaza
Short Link rasanews.ir/201qDQ
Share
0
Please type in your comments in English.
The comments that contain insults or libel to individuals, ethnicities, or contradictions with the laws of the country and religious teachings will not be disclosed