Rasa - Advisor to the Iranian Parliament Speaker Hossein Amir Abdollahian blasted Saudi Arabia for continuing its massacre of the Yemeni people in Sa'ada province, and said that Riyadh is about to sustain a substantial defeat in Yemen. 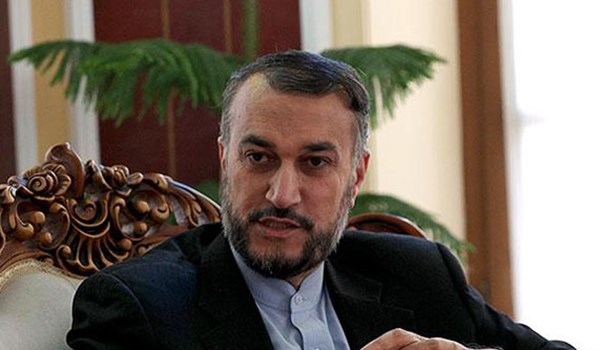 RNA - "Airstrike on Yemeni students’ bus has no meaning but crushing defeat of Saudi Arabia in Yemen,” Amir Abdollahian said.

He underlined that on the eve of Hajj rituals, the Emirati and Saudi forces have slaughtered Yemen's innocent students in Sa'ada and are keeping mum on going along with killing oppressed Gazans.”

The Saudi-UAE military coalition carried out an airstrike against a school bus in Sa'ada province early Thursday that wounded 61 people and killed as many as 43, including children attending Holy Quran classes, head of a health department in Sa'ada said.

In relevant remarks on Thursday, Iranian Foreign Ministry Spokesman Bahram Qassemi strongly condemned the Thursday airstrike carried out by the Saudi-led coalition on a school bus in Yemen that killed dozens of people, mostly children under 10.

According to Fars News Agancy, Qassemi extended his condolences to the bereaved families of the victims, and called on the international community to help bring to a halt the continuation of such aggressions against Yemen in any way possible.

"The escalation of airstrikes on residential areas and civilian targets indicate the consecutive defeats of the coalition forces in the war fronts,” Qassemi said.

The Iranian foreign ministry spokesman expressed deep regret over the continuation of arms support to Saudi Arabia and the UAE by some so-called defenders of human rights, adding, "They are complicit in these war crimes and must be held accountable."

Qassemi further called on the United Nations and concerned countries to intensify their efforts towards putting an immediate halt to the attacks, and to take necessary measures to protect the wellbeing and safety of civilians, particularly women and children.

Tags: Iran Yemen Saudi
Short Link rasanews.ir/201qDP
Share
0
Please type in your comments in English.
The comments that contain insults or libel to individuals, ethnicities, or contradictions with the laws of the country and religious teachings will not be disclosed