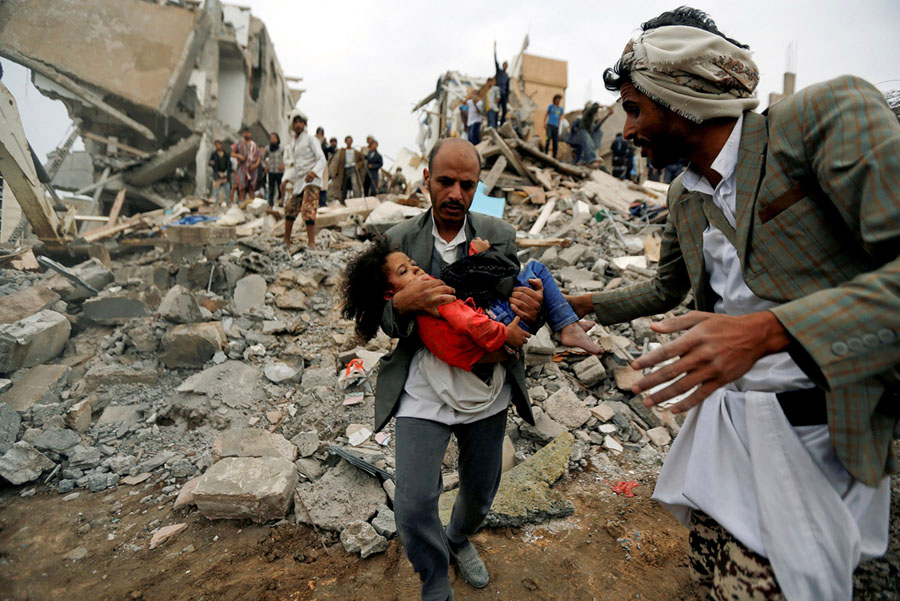 RNA - The bus came under attack at a market in the Sa’ada town of Zahyn on Thursday, Yemen’s al-Masirah television network reported.

The Yemeni Health Ministry said 50 civilians, mostly children, were killed and about 77 others wounded in the attack.

The International Committee of the Red Cross (ICRC) said in a statement that the bus was carrying children.

Following an attack this morning on a bus driving children in Dahyan Market, northern Sa’ada, @ICRC_yemen- supported hospital has received dozens of dead and wounded. Under international humanitarian law, civilians must be protected during conflict. pic.twitter.com/x39NVB8G4p
— ICRC Yemen (@ICRC_ye) August 9, 2018

Johannes Bruwer, head of delegation for the ICRC in Yemen, also said in a tweet that most of the victims were under the age of 10.

In a defiant statement, the Saudi-led coalition called the carnage a "legitimate action," claiming the fatal air raids were aimed at missile launchers used by Yemeni forces to target the Jizan industrial city in southern Saudi Arabia, a statement carried by the Saudi Press Agency (SPA) said.

According to Press TV, Saudi Arabia and some of its allies, particularly the United Arab Emirates, launched a brutal war, code-named Operation Decisive Storm, against Yemen in March 2015 in an attempt to reinstall former Yemeni President Abd Rabbuh Mansur Hadi, a staunch ally of Riyadh, and crush the popular Ansarullah movement.

The imposed war has so far failed to achieve its goal, thanks to firm resistance mounted by Yemeni troops and Houthi fighters, but has unleashed the world's worst humanitarian crisis in the poorest Arabian Peninsula state.

Tags: Yemen Saudi
Short Link rasanews.ir/201qD2
Share
0
Please type in your comments in English.
The comments that contain insults or libel to individuals, ethnicities, or contradictions with the laws of the country and religious teachings will not be disclosed