Rasa - The Israeli military has carried out over 140 strikes against the Gaza Strip, threatening another full-scale military offensive against the blockaded coastal enclave amid escalating tensions there. 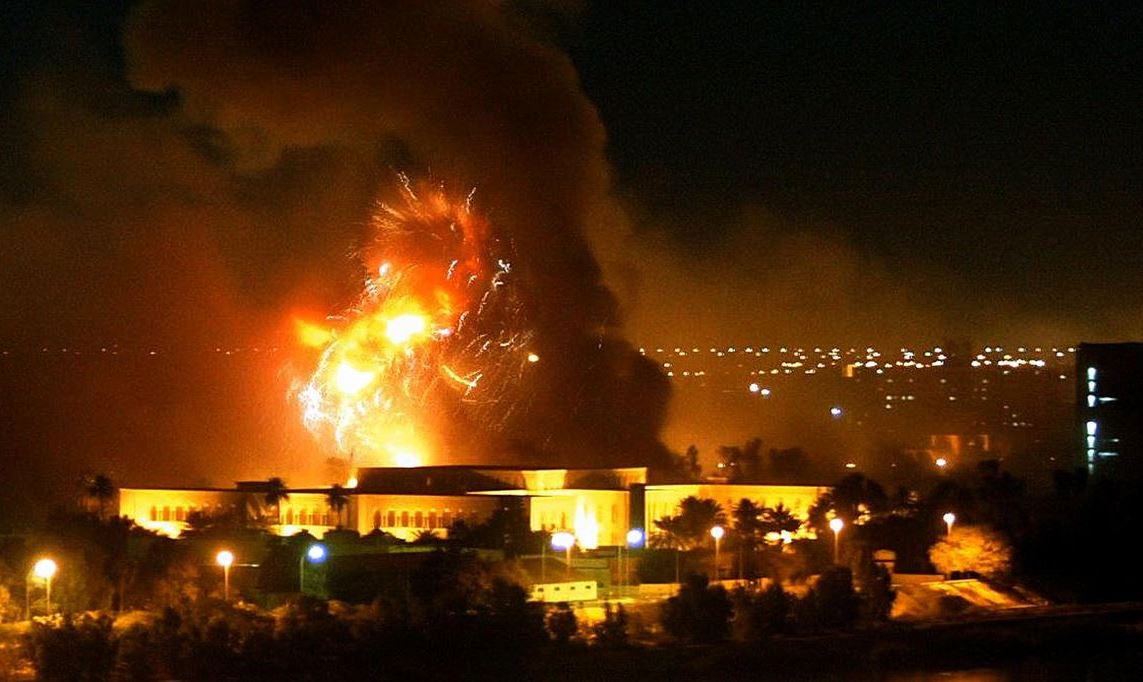 RNA - The Israeli army said on Thursday morning that it had pounded more than 140 targets in Gaza belonging to the Palestinian Hamas resistance movement.

The attacks came after around 150 rockets were fired from Gaza into the occupied territories from late Wednesday into Thursday, the Israeli military added.

Israel bombing Gaza. Innocent civilians: women and children.
Where is the media?
Where is the world?
Where is humanity? #GazaUnderAttack #IsraelCrimes
— Mohammed Mehdi Shahid (@MohammedMehdiS3) August 8, 2018

It further claimed that the Israeli missile system Iron Dome had intercepted 25 rockets out of the 150 rockets, which activated sirens in the occupied territories over 125 times.

Hamas claimed responsibility for the fresh rocket attacks into the occupied territories, saying it was avenging the deaths of two fighters killed in an Israeli tank fire in Gaza on Tuesday.

“In response to Israel's aggression, the Palestinian resistance has launched a large number of rockets in recent hours at the enemy,” Hamas said. “There was a promise [to respond] and now it has been fulfilled.”

Reacting to the renewed Israeli raids, Hamas spokesman Abd al-Latif al-Qanou said “Israel will bear the responsibility for its aggression against the citizens of Gaza,” he said.

“The Palestinian resistance is in a state of self-defense and Israel will not succeed in forcing us to remain in this state,” he added.

In Ramallah, Palestinian President Mahmoud Abbas called on the UN to make Israel stop its aggression against Gaza.

“We don’t see the end of the escalation. We are closing in on operation in Gaza,” he said.

Another Israeli official warned Hamas against further escalation in the region.

“The way things continue to play out is significant. Hamas will understand in the coming hours, as in the past months, that this is not the direction it wants to chose,” he was quoted as saying on the army ['s Twitter account.

A member of the joint command of resistance movements said, “The current round in Gaza has ended. The resistance responded to the enemy’s crimes in Gaza. The continuation of calm in Gaza depends on (Israel’s) behavior.”

A source with Gaza's Islamist rulers Hamas confirmed the move, though there was no immediate response from Israel.

According to Press TV, Israel carries out regular attacks on Palestinians in Gaza under the pretext of hitting Hamas targets.

The Gaza Strip has been under an inhumane Israeli siege since 2007 and witnessed three wars since 2008.

Tensions have been running high near the Gaza fence since March 30, which marked the start of a series of protests demanding the right to return for the Palestinians driven out of their homeland.

The Gaza clashes reached their peak on May 14, marking the 70th anniversary of Nakba Day (the Day of Catastrophe), which this year coincided with the US embassy relocation from Tel Aviv to occupied Jerusalem al-Quds.

Nearly 160 Palestinians have been killed and some 17,500 others wounded in the fresh wave of violence, according to the latest figures released by the Palestinian Health Ministry.

Tags: Palestinian Israel Gaza
Short Link rasanews.ir/201qD1
Share
0
Please type in your comments in English.
The comments that contain insults or libel to individuals, ethnicities, or contradictions with the laws of the country and religious teachings will not be disclosed