Rasa - Former British Foreign Secretary Boris Johnson has reportedly defended his remarks about Muslim women in burqas, who he said resembled “letter boxes” and “bank robbers”, after a fierce backlash and a request from the Conservative Party chairman, Brandon Lewis, to apologize. 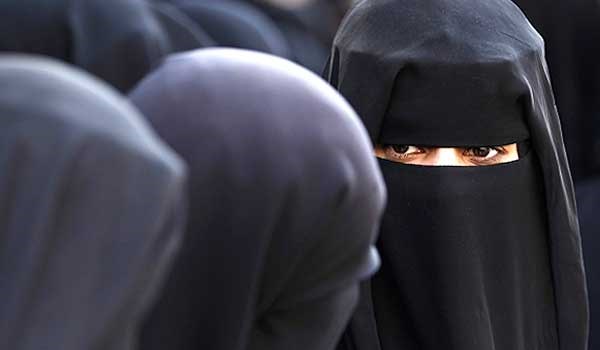 RNA - The BBC cited an unnamed source close to Johnson as saying he “won’t be apologizing”, because it was “ridiculous” to blast his views.

“We must not fall into the trap of shutting down the debate on difficult issues. We have to call it out. If we fail to speak up for liberal values then we are simply yielding ground to reactionaries and extremists,” the source added.

In his Daily Telegraph weekly column, the ex-foreign secretary reflected on the recently adopted total ban on wearing clothing hiding a person’s face in Denmark. Even though he argued against the complete prohibition, he wrote, among other things, that the burqa was “oppressive” and “ridiculous”.

“If you say that it is weird and bullying to expect women to cover their faces, then I totally agree – and I would add that I can find no scriptural authority for the practice in the Koran. I would go further and say that it is absolutely ridiculous that people should choose to go around looking like letter boxes…,” he penned.

He also suggested that he would “feel fully entitled to ask” a woman to remove her veil so that he “could talk to her properly”.

"If a female student turned up at school or at a university lecture looking like a bank robber then ditto: those in authority should be allowed to converse openly with those that they are being asked to instruct," Johnson wrote.

Once his piece caused an uproar with senior Conservatives slamming Johnson’s remarks as Islamophobic, UK Prime Minister Theresa May stepped in to demand he apologize for his words, which had “clearly caused offense”.

“Some of the terms that Boris used in describing people’s appearance obviously have offended people and so I agree with Brandon Lewis [that Johnson should apologize],” she added.

The prime minister said she believed it was right to discuss such issues explicitly, but stressed the need to be careful about the language used in the debate.

“What is important is do we believe people should have the right to practice their religion and, in the case of women and the burqa and niqab, to choose how they dress. It is absolutely that women should be able to choose how they dress and shouldn’t be told how to do it by other people. And I believe that all of us when we talk about these issues should be very careful about the language that we use,” she stressed.

It is not the first time that Johnson, who resigned from his post of UK Foreign Secretary last month, has come under fire for his controversial remarks. Back in March, the then-foreign minister compared the upcoming World Cup in Russia to the 1936 Olympic Games under Adolf Hitler amid speculation that Moscow was behind the alleged poisoning of the former GRU colonel Sergei Skripal.

Tags: Boris Johnson Burqa UK
Short Link rasanews.ir/201qCr
Share
0
Please type in your comments in English.
The comments that contain insults or libel to individuals, ethnicities, or contradictions with the laws of the country and religious teachings will not be disclosed