UN calls on Myanmar to improve conditions for Rohingya repatriation

Rasa - The United Nations has urged Myanmar to improve conditions in Rakhine to pave the way for the safe return of Rohingya Muslims who fled violence in the western state into Bangladesh, and to ensure clear procedures to grant citizenship to those eligible. 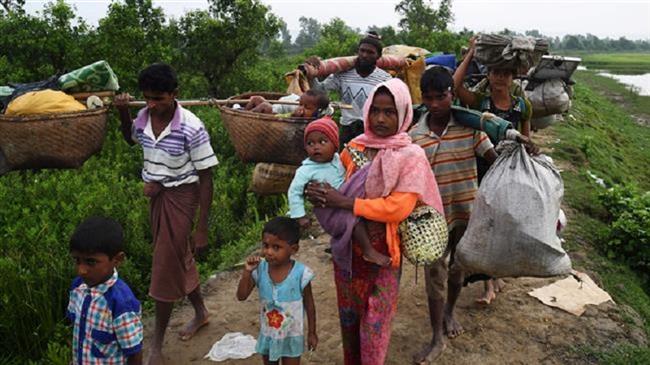 RNA - The UN High Commissioner for Refugees (UNHCR) and UN Development Program (UNDP) said in a joint statement on Wednesday that they needed full access to Rakhine, where horrific atrocities were committed against Rohingya Muslims.

The statement noted that the Myanmar’s authorities have not granted permission for international staff to be based in the town of Maungdaw in Rakhine after about three months of waiting.

In June, the UNDP signed an agreement with Myanmar's government to return some of the 700,000 Rohingya refugees who have fled persecution in their villages in Rakhine and who are now living in crowded makeshift camps in Bangladesh.

The deal has, however, disconcerted the refugees, who say they won’t return unless they are given safety guarantees and citizenship by Myanmar's government.

The UN aid agencies called for substantial progress in three key areas: "granting effective access in Rakhine State; ensuring freedom of movement for all communities; and addressing the root causes of the crisis".

According to the UN, Rohingya Muslims remaining in Rakhine are subject to local orders that severely restrict their freedom of movement, banning them from reaching jobs, school and health care.

The Rohingya Muslims based in Rakhine have been subjected to a campaign of killings, rape and arson attacks by the military backed by the country’s majority Buddhist extremists in what the UN has described as “a textbook example of ethnic cleansing.”

The brutal campaign has forced some 700,000 Rohingya Muslims to flee their homeland since August 2017 and seek refuge in Bangladesh.

Human Rights Watch on Monday warned against the threat of natural disasters facing the Rohingya Muslim refugees living in an overcrowded mega camp in Bangladesh’s border region near Myanmar, calling on Dhaka to relocate the hapless refugees to safer places.

The Rohingya, who have lived in Myanmar for generations, are denied citizenship and are branded illegal immigrants from Bangladesh, which likewise denies them citizenship.

Tags: Rohingya UN Myanmar
Short Link rasanews.ir/201qCo
Share
0
Please type in your comments in English.
The comments that contain insults or libel to individuals, ethnicities, or contradictions with the laws of the country and religious teachings will not be disclosed