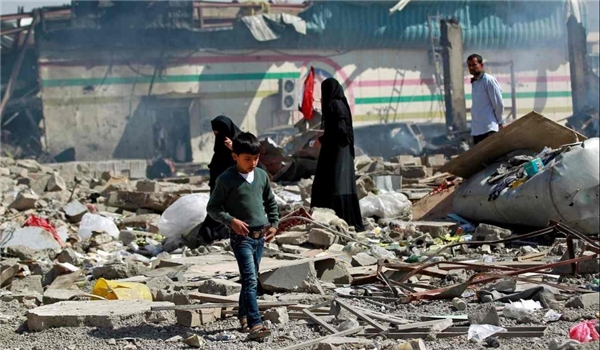 Separately, Yemeni sharpshooters killed five Saudi-backed militants in the kingdom’s southwestern border region of Jizan during counter-attacks against the aggressors.

The mercenaries were advancing on the al-Doud and Dukhan mountains in the region.

Two military vehicles belonging to the militants were also destroyed in missile and mortar attacks by the Yemeni army in Jizan.

Separately, Yemeni forces fired three ballistic missiles at the positions of Saudi-backed militants in al-Jawf and Ma’rib provinces as well as in the country’s west coast.

Footage released by al-Masirah showed scenes from the retaliatory operations.

According to Press TV, the Arab world’s poorest nation has been under incessant attacks by a Saudi-led coalition for more than three years.

The invasion has fallen short of its objectives, while killing thousands and turning Yemen into the scene of the world’s worst humanitarian disaster.

The United States provides the coalition with bombing coordinates, aerial refueling, and arms.

Tags: Yemen Saudi
Short Link rasanews.ir/201qCk
Share
0
Please type in your comments in English.
The comments that contain insults or libel to individuals, ethnicities, or contradictions with the laws of the country and religious teachings will not be disclosed