Iran: No Trust in US for Talks

Rasa - Iran on Tuesday dismissed US President Donald Trump's proposal for talks as psychological warfare, stressing that it has no trust in Washington. 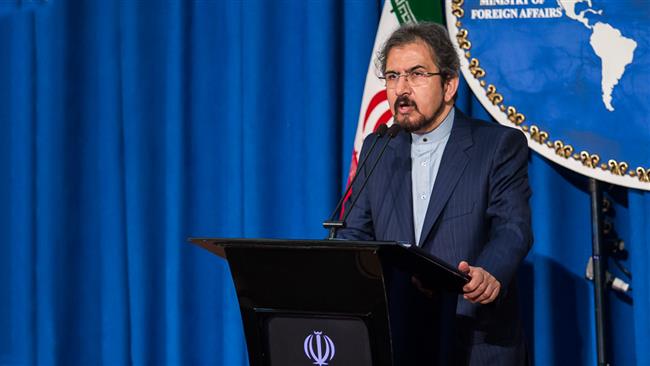 RNA - "I think given the American side's policies against our country, its unreliability and untrustworthiness and the extensive psychological warfare that it has unleashed on Iran, there is no trust in the US and Mr. Trump," Foreign Ministry Spokesman Bahram Qassemi said.

He blasted Trump for pursuing a contradictory policy, unilateral withdrawal from the 2015 nuclear deal and lack of support for the US traditional partners, and said that by proposing talks with Tehran, he might be willing to rob money from Israel and certain allies and use Iran's leverage to intimidate them.

"Trump has founded a wrong policy (towards Iran) by having a fully wrong understanding of the internal situation in Iran," Qassemi added.

In relevant remarks on Monday, Iranian Foreign Minister Mohammad Javad Zarif dismissed the proposal raised by US President Donald Trump for talks with Tehran, describing it as a propaganda show.

"Who believes that Trump is serious about negotiations? Every words of the (2015) nuclear deal was negotiated. Then Trump signed something in a moment and said that all of it (the deal) is invalid. Who can talk with this person? Is this anything more than a show of propaganda?" Zarif told reporters in Tehran.

He referred to Trump's proposal for talks with his Iranian counterpart Hassan Rouhani, and said Supreme Leader of the Islamic Revolution Ayatollah Seyed Ali Khamenei had described the nuclear talks which led to the 2015 deal as a test for the US statesmen but they showed that they are not trustworthy.

"With such a record, you claim to be willing to hold negotiations. Then you want to create an atmosphere in the public opinion to display that you want talks. Of course, (the Iranian) people do not accept," Zarif said.

Trump said on July 30 that he would “certainly meet” President Rouhani without preconditions, a move that was later rejected by Trump’s own administration.

Information reveals the program offers a package that also involves social and cultural measures to reinvigorate the country's economy and infrastructure against the US sanctions that come into effect from 90 to 180 days after their re-imposition and seek to wear off Iran's economy step-by-step.

Tags: Bahram Qassemi US Iran Trump
Short Link rasanews.ir/201qCb
Share
0
Please type in your comments in English.
The comments that contain insults or libel to individuals, ethnicities, or contradictions with the laws of the country and religious teachings will not be disclosed