Rasa - An Israeli strike has killed two Hamas members in Gaza in yet another act of aggression against the Palestinian resistance movement which governs the blockaded coastal enclave. 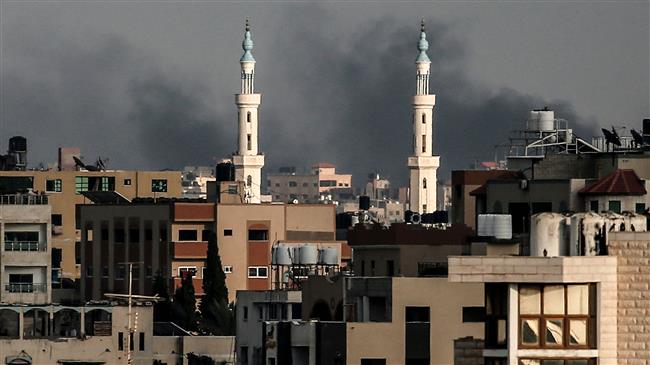 RNA - Hamas military wing, Ezzeddin al-Qassam Brigades, confirmed in a statement on Tuesday that the victims were its fighters and identified them as Ahmed Murjan and Abdel-Hafez al-Silawi.

Palestinian sources said it was a drone strike, while the Israeli statement said that it was tank fire.

Meanwhile, the Israeli military said it had targeted a Hamas facility in northern Gaza in response to alleged fire from the territory aimed at its forces.

According to Press TV, Israel carries out regular attacks on Palestinians in Gaza under the pretext of hitting Hamas targets.

The Gaza Strip has been under an inhumane Israeli siege since 2007 and witnessed three wars since 2008.

Tensions have been running high near the Gaza fence since March 30, which marked the start of a series of protests, dubbed “The Great March of Return,” demanding the right to return for those driven out of their homeland.

The Gaza clashes reached their peak on May 14, marking the 70th anniversary of the Nakba Day (the Day of Catastrophe), which this year coincided with the US embassy relocation from Tel Aviv to occupied Jerusalem al-Quds.

Nearly 160 Palestinians have been killed and some 17,500 others wounded in the fresh wave of violence, according to the latest figures released by the Palestinian Health Ministry.

Tags: Palestinian Israel Gaza
Short Link rasanews.ir/201qCW
Share
0
Please type in your comments in English.
The comments that contain insults or libel to individuals, ethnicities, or contradictions with the laws of the country and religious teachings will not be disclosed