Rasa - Former British foreign secretary Boris Johnson has been accused of encouraging Islamophobia to open his way to the top post in the ruling Conservative Party. 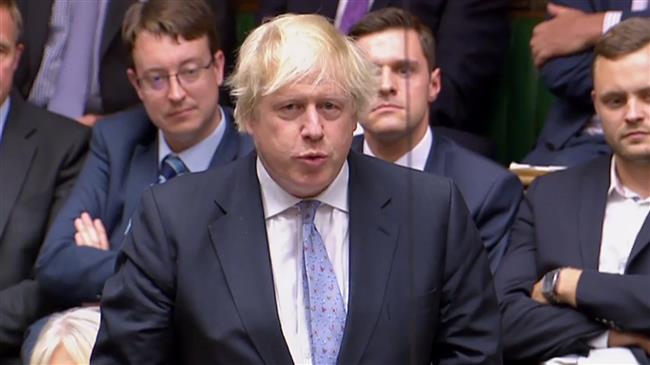 Labour MP David Lammy said Johnson, whom he called a “pound-shop Donald Trump,” was “fanning the flames of Islamophobia to propel his grubby electoral ambitions.”

“Muslim women are having their burkas pulled off by thugs in our streets & Boris Johnson’s response is to mock them for looking like letter boxes,” said Lammy in a tweet.

“Saying Muslim women look like letterboxes, comparing them to bank robbers and describing Islam as a ‘problem’ was a calculated attack and published in a national newspaper,” Shah said, adding, “Boris Johnson’s latest racist insults cannot be laughed off, like they often are.”

According to Press TV, Johnson resigned from the government of Prime Minister Theresa May last month after he protested against May’s plans for finalizing Brexit negotiations with the European Union.

Many believe he is seeking to improve his popularity among Tory members to finally replace May who is struggling to keep her post amid widening criticism about her Brexit strategy.

A recent survey in the party showed that Johnson has the support of almost a third of party members, a sharp rise compared to the time he was serving in the government. At the time, Johnson had support of just eight percent of the members and was far behind May in the fifth place.

In his article, Johnson said he was against banning burqas in public, a stance adopted by May’s government and Conservatives in general. However, he said the garment is “oppressive” and directly insulted Muslim women who wear it.

“It is absolutely ridiculous that people should choose to go around looking like letter boxes,” Johnson wrote, adding, “If a constituent came to my MP’s surgery with her face obscured, I should feel fully entitled ... to ask her to remove it so that I could talk to her properly. If a female student turned up at school or at a university lecture looking like a bank robber then ditto.”

Stella Creasy, a Labour MP, called on the leadership in the Conservative Party to avoid Johnson, saying he was much like Steve Bannon, a former adviser to US President Donald Trump who is seen as an influential member of the alt-right camp in the US.

“Dear Tory leadership voters - one of the potential candidates thinks you want Bannon not Boris on the ballot paper.”

Tags: Boris Johnson UK Islamophobia
Short Link rasanews.ir/201qCL
Share
0
Please type in your comments in English.
The comments that contain insults or libel to individuals, ethnicities, or contradictions with the laws of the country and religious teachings will not be disclosed