Rasa - Ansarullah Spokesman Mohammed Abdulsalam said on Saturday that Yemeni fighters were conducting a military operation against the aggressors in the country's Western coast using tactics that would eventually force the invaders out of the region. 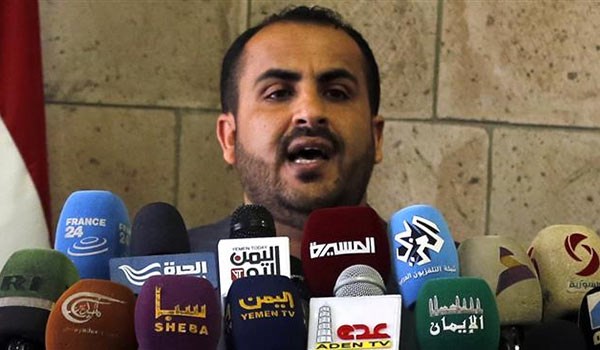 RNA - So far, he said, Yemeni forces have managed to take a total of 60 mercenaries captive, Middle East News reported.

Abdulsalam further stressed that the operation around Durayhimi would continue and that the neighborhood in Hudaydah as well as other towns on Yemen's Western coast would be turned into the aggressors' graveyard.

Saudi Arabia and its allies invaded Yemen in March 2015 to restore power to its former Riyadh-backed officials. The invasion has killed thousands, and placed the country on the edge of outright famine.

The port city of Hudaydah, the province’s capital, receives the majority of Yemen’s imports, prompting international bodies to warn the invaders against keeping up their attacks.

Backed by Saudi-led airstrikes, Emirati forces and pro-Hadi militants launched the Hudaydah offensive on June 13 despite international warnings that it would compound the impoverished nation’s humanitarian crisis.

In its latest war crime in Yemen, Saudi aircrafts struck a hospital and a fishing harbor in Hudaydah on Thursday. A source at Hudaydah's health office told the Middle East Eye news portal that the air raids had killed 60 people and wounded more than 100 others.

Tags: Yemen Ansarullah Saudi
Short Link rasanews.ir/201qCC
Share
0
Please type in your comments in English.
The comments that contain insults or libel to individuals, ethnicities, or contradictions with the laws of the country and religious teachings will not be disclosed