Senior MP: Iran, Not US, Should Set Preconditions for Any Talks

Rasa - Rapporteur of the Iranian parliament's National Security and Foreign Policy Commission Ali Najafi Khoshroudi said given the Washington's long list of hostilities, this should be Iran and not the US that can set preconditions for any talks. 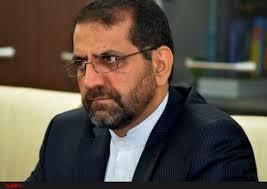 RNA - "By proposing talks with Iran, the US president is after repairing his lost reputation in the world. We favor talks within the framework of the three principles of honor, expediency and wisdom which have been emphasized by Supreme Leader, of course, if these preconditions are met," Najafi Khoshroudi said on Saturday.

He referred to US Secretary of State Mike Pompeo's preconditions for talks with Iran after Trump's proposal, and said, "Iran is the country which should set preconditions. Iran has in the past few decades collected a long list of demands from the US and Washington has adopted measures against our national interests and security."

Asked if there is any possibility for reviewing relations with the US, Najafi Khoshroudi said "only if they remain committed to the nuclear deal, apologize and give up their hostile policies. Iran has several times underlined that it favors negotiations."

Trump said on July 30 that he would “certainly meet” Iranian president Hassan Rouhani without preconditions, a move that was later rejected by Trump’s own administration.

According to Fars News Agancy, The Iranian president, however, said that Tehran would continue cooperation with Europe if the outcome of the July 6 Vienna talks would be promising.

Tags: US Iran
Short Link rasanews.ir/201qC0
Share
0
Please type in your comments in English.
The comments that contain insults or libel to individuals, ethnicities, or contradictions with the laws of the country and religious teachings will not be disclosed