Rasa - An activist group announced that Saudi Arabia’s ongoing military aggression against the Yemeni city of Hudaydah has put thousands of children at risk of death, starvation and disease. 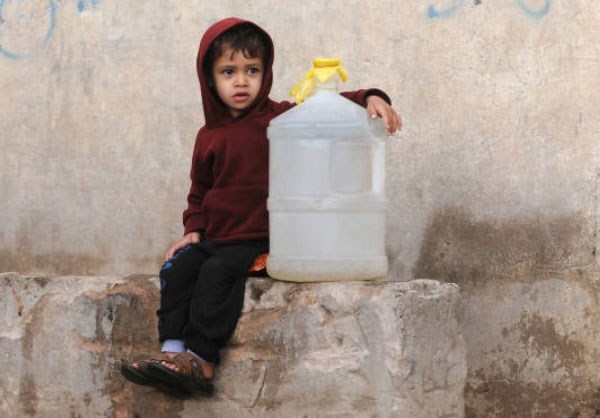 RNA - The charity Save the Children reported that around 6,000 people – half of them children – are leaving the war-ravaged city every day, bringing the total number of people forced out of the city since the start of the offensive in June to more than 330,000, presstv reported.

"With the economy in tatters and health and sanitation facilities throughout the country destroyed, conditions are now rampant for disease and starvation to spread," Tamer Kirolos, Save the Children's Yemen Country Director, said.

"Aid agencies are doing what they can to keep people alive but ultimately, our efforts are just a sticking plaster on a gaping wound," he added.

Saudi Arabia and several of its allies, including the United Arab Emirates, Morocco and Sudan, launched a brutal war, code-named Operation Decisive Storm, against Yemen in March 2015 in an attempt to reinstall former Yemeni President Abd Rabbuh Mansur Hadi, a staunch ally of Riyadh, and crush the popular Ansarullah movement.

Hudaydah, the impoverished Arab country’s main port city, has been under aerial and maritime siege by the Saudi military forces. The blockade has prevented medicines and other critical commodities from reaching around 8.4 million people who are believed to be on the verge of starvation.

Launched in June by Saudi Arabia and the United Arab Emirates, the Hudaydah offensive is the largest battle in the Saudi-led war, which Yemeni officials say has killed and injured over 600,000 people.

According to Fars News Agancy, "Save the Children" warned in its Thursday statement that Hudaydah’s neighboring areas did not have the means to accommodate the huge influx of people and many of the refugees were struggling to find food, water and medicine.

Meanwhile, Juliette Touma, a spokeswoman for the United Nations children's agency, warned that a series of Saudi attacks on the city last week had a "catastrophic" impact on organization’s ability to supply clean water and sanitation to the population, raising the specter of a new disease outbreak.

"These attacks may contribute to the increase of water-borne diseases - especially to children who are prone to diseases like cholera, and (getting) diarrhea," the Jordan-based official told the Thomson Reuters Foundation on Thursday, adding that "there is a war on children in Yemen - very few places are safe for a Yemeni child".

The UN has also warned of risks that the war has posed against pregnant women in Yemen, which already holds one of the world's highest rates of maternal mortality.

Some 90,000 women are reportedly due to give birth in the next nine months.

Tags: Yemen Saudi
Short Link rasanews.ir/201qBy
Share
0
Please type in your comments in English.
The comments that contain insults or libel to individuals, ethnicities, or contradictions with the laws of the country and religious teachings will not be disclosed