Rasa - The United States is accusing Iran of alleged terror plots in a bid to persuade European countries into suspending their relations with Tehran, according to a report by the Wall Street Journal. 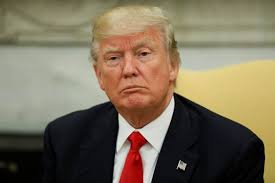 RNA - The scheme was also meant to make Britain, France and Germany - the European signatories to a 2015 nuclear deal with Iran - to follow in Washington's footsteps and pull out of the deal, it said on Friday.

The US was even pressuring European countries to ban "Iranian officers" from their territories under the pretext that the Islamic Republic was "hunting its enemies in Europe."

According to the Journal, US efforts to convince the European countries to undertake a tougher line on Iran had been unsuccessful.

Last month, Belgian authorities said they had arrested an Iranian diplomat along with two people suspected of plotting a bomb attack on a gathering of the terrorist MKO in Paris as President Hassan Rouhani began a visit to Europe.

A joint statement by the Belgian prosecutor and the intelligence services said the Vienna-based Iranian diplomat had been detained in Germany on suspicion of being in contact with the arrested Belgian pair.

The Belgian police was also reported to have allegedly found 500 grams of the homemade explosive TATP and a detonation device in the car of the arrested pair.

Days later, Germany charged the Iranian diplomat with "activity as a foreign agent and conspiracy to commit murder".

"Europe isn't immune to Iran-backed terrorism," US Secretary of State Mike Pompeo tweeted later, claiming that while the Iranian government "is trying to convince Europe to stay in the #IranDeal, it's plotting terrorist attacks in Europe."

Iran's Foreign Minister Mohammad Javad Zarif denied any Iranian involvement in any plot to blow up the MKO gathering and said the arrests constituted a "sinister false flag ploy".

How convenient: Just as we embark on a presidential visit to Europe, an alleged Iranian operation and its “plotters” arrested. Iran unequivocally condemns all violence & terror anywhere, and is ready to work with all concerned to uncover what is a sinister false flag ploy.
— Javad Zarif (@JZarif) July 2, 2018

Iran’s Foreign Ministry summoned French and Belgian ambassadors as well as Germany's chargé d'affaires to protest the arrest of the Iranian diplomat.

Iranian Foreign Ministry spokesman Bahram Qassemi said at the time that the arrested Belgian pair were MKO members. He said the MKO had used the pair to implement a new scenario against the Islamic Republic after it "failed to win political support for its anti-human and anti-Iran goals during its annual gathering in Paris".

According to Press TV, Iranian Deputy Foreign Minister Abbas Araqchi stressed that the diplomat's detention was a plot in line with US and Israeli goals to damage Iran-EU ties, especially at a time when Rouhani was visiting Europe and foreign ministers of Iran, Germany, the UK, France, Russia and China were also meeting to discuss how to keep the Iran nuclear deal alive after the US exit.

The European parties to the nuclear deal, known as the Joint Comprehensive Plan of Action (JCPOA), have already lamented the US decision to leave the accord and emphasized that they would maintain their business ties with Iran.

"As long as Iran continues to implement its nuclear related commitments, as it has been doing so far and has been confirmed by the International Atomic Energy Agency in 10 consecutive reports, the EU will remain committed to the continued full and effective implementation of the nuclear deal," the European Union said in a statement.

In May, US President Donald Trump unilaterally withdrew Washington from the JCPOA despite objections from Europe as well as Russia and China — the other signatories to the agreement.

The withdrawal entails the re-imposition of not only sanctions on Iran but also the implementation of the so-called secondary sanctions on third countries.

Tags: US Iran
Short Link rasanews.ir/201qBw
Share
0
Please type in your comments in English.
The comments that contain insults or libel to individuals, ethnicities, or contradictions with the laws of the country and religious teachings will not be disclosed