Rasa - Political Office of the Yemeni popular forces of Ansarullah condemned Saudi-led coalition's horrific crimes against the Yemeni people for more than three years, including Al-Mahat Fish Market and Al-Thawra Hospital in Hodeidah. 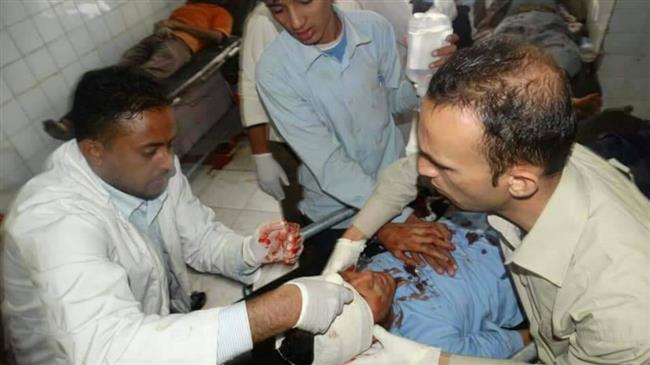 RNA - According to Al Masirah broadcaster, more than 20 bodies of victims were transported to a military hospital.

A spokesperson for the Yemeni popular forces of Ansarullah's Healthcare Ministry said that the airstrike targeted ambulance cars at the entrance of the hospital.

"The airstrikes were carried out on ambulance cars at the entrance to the Al Thawra hospital. All the victims were civilians," the spokesperson told the Al Jazeera broadcaster.

The Al Thawra hospital reportedly called on local residents to help those injured by donating blood.

The Office said in a statement that the crimes clearly reflect the methodology and style of aggressive criminally forces, Al-Masirah reported.

In addition, the Political Office of Ansarullah denounced the silence of the international community towards these massacres and the ongoing genocide, it called on the people of the world and free humanitarian organizations to condemn the massacres.

Tags: Yemen Saudi
Short Link rasanews.ir/201qBk
Share
0
Please type in your comments in English.
The comments that contain insults or libel to individuals, ethnicities, or contradictions with the laws of the country and religious teachings will not be disclosed