155 Palestinians Martyred by Israel since March 30

Rasa - New statistics from the Health Ministry about the victims of the Israeli open-fire policy on peaceful participants in the Great Return March since March 30 until the end of July show that 155 Palestinians were shot and killed and 17,259 suffered a variety of injuries, including gas inhalation. 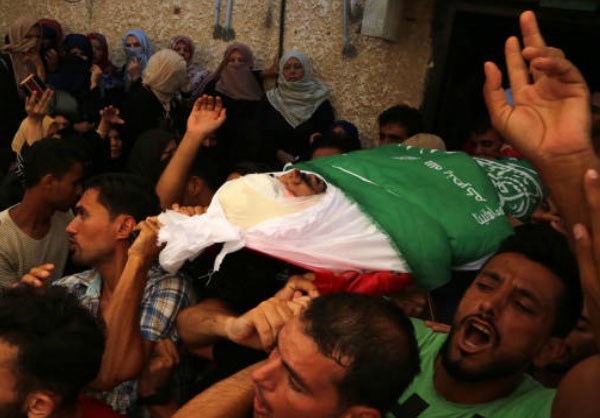 RNA - Based on the data, among the dead 23 were children under the age of 18 and 3 women, PNN reported.

They also stated that 4,348 people were injured by live ammunition, 430 by rubber-coated metal bullets, 1,593 suffered severe gas inhalation. In addition, there were 2,700 various other injuries.

There have been 68 amputation cases, the majority in the lower limbs, two upper limbs and six fingers.

The ministry said that the direct targeting of medical crews led to two medical crews being killed and 360 injuries with live bullets and gas inhalation. In addition, 69 ambulances were damaged.

Tags: Palestinian Israel
Short Link rasanews.ir/201qBi
Share
0
Please type in your comments in English.
The comments that contain insults or libel to individuals, ethnicities, or contradictions with the laws of the country and religious teachings will not be disclosed