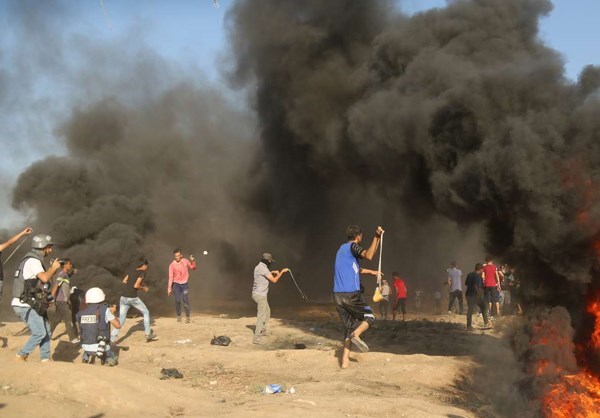 RNA - In a statement, Salah Abdul Ati, a member of Gaza's National Committee for Breaking the Siege, said the committee had provided The Hague-based tribunal with documented evidence of Israeli "crimes" against unarmed demonstrators, including women and children, Daily Sabah reported.

According to Abdul Ati, the information – which was reportedly delivered to the ICC's chief prosecutor – includes "specialized reports on the Israeli occupation's crimes against children, journalists and medical personnel".

For the past three consecutive months, Palestinians have been staging regular rallies near the Gaza-Israel buffer zone.

Since the rallies began on March 30, more than 150 Palestinians have been martyred – and thousands more injured – by Israeli army gunfire.

Protesters demand the "right of return" to their homes and villages in historical Palestine, from which they were driven in 1948 to make way for the new state of Israel.

They also demand an end to Israel's 11-year blockade of the Gaza Strip, which has gutted the coastal enclave's economy and deprived its roughly two million inhabitants of many basic commodities.

Tags: Israel Gaza
Short Link rasanews.ir/201qBc
Share
0
Please type in your comments in English.
The comments that contain insults or libel to individuals, ethnicities, or contradictions with the laws of the country and religious teachings will not be disclosed