Rasa - A Palestinian official announced that a record number of 3,900 Israeli settlers entered the al-Aqsa Mosque compound in the Israeli-occupied Old City of East Jerusalem al-Quds in July. 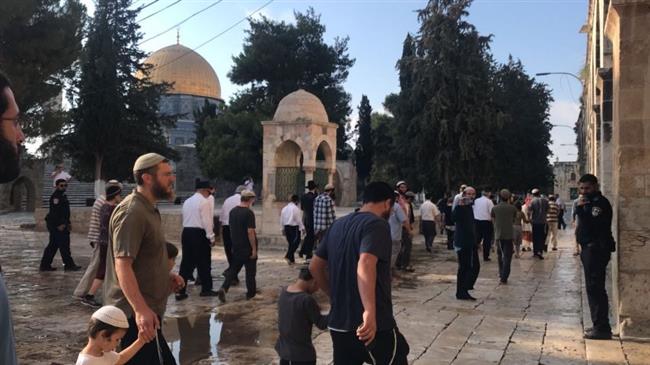 “This is a clear indication of the increasing violations by settlers in the holy site,” the statement added.

Earlier in the month, over a thousand Israeli settlers stormed the al-Aqsa compound amid escalation of violence by Israeli forces and settlers against the Palestinian people.

Abdul-Hakim Hanini, member of Hamas's Political Bureau, stated that the Israeli police brutal attack on al-Aqsa Mosque and its worshipers is a new crime which Israel must pay a heavy price for.

Tags: Settler Israel al-Aqsa
Short Link rasanews.ir/201qBa
Share
0
Please type in your comments in English.
The comments that contain insults or libel to individuals, ethnicities, or contradictions with the laws of the country and religious teachings will not be disclosed