Rasa - A law that prohibits Muslim women from wearing full-face veil in public places has come into force in Denmark. 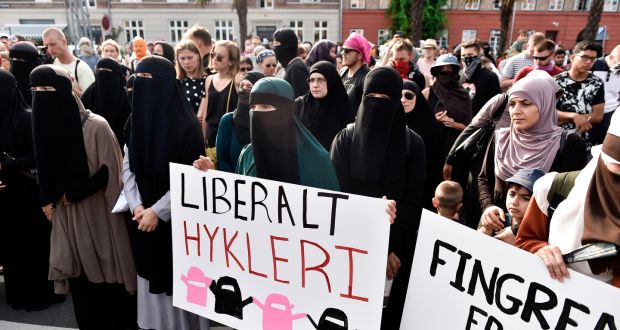 RNA - The ban on garments covering the face, including Islamic veils such as the niqab or burqa, took effect on Wednesday with anyone violating it risks a fine of 1,000 kroner ($156, 134 euros).

Human rights activists have censured the ban as a violation of women's rights while supporters of the law say it enables better integration of Muslim immigrants into Danish society.

The ban also targets other data-x-items that cover the face such as balaclavas and false beards.

According to the legislation, repeated violations will be fined up to 10,000 kroner.

Hundreds of people gathered in the capital Copenhagen, some of them wearing the full-face veil, on Wednesday to protest against the ban.

According to Press TV, the Berlingske newspaper quoted a 30-year-old Muslim woman of Turkish origin, who was born and raised in Denmark, as saying that she had "lost faith in the system".

"I've realized that democracy doesn't work. Politicians boast of freedoms and rights when they are making fun of Muslims and when they are drawing caricatures of the prophet [PBUH]. But when it comes to me, they take away my right to choose how I want to dress," said Sarah, who has worn the niqab since she was 18.

"I have come to the realization that Muslims don't have the same rights as others. So much of politics is hypocritical," she added.

Wearing burqas has turned to be a thorny issue in some European countries as several governments have moved to ban it under increasing pressure from anti-Muslim and anti-immigrant political parties.

Tags: Muslim Denmark
Short Link rasanews.ir/201qBV
Share
0
Please type in your comments in English.
The comments that contain insults or libel to individuals, ethnicities, or contradictions with the laws of the country and religious teachings will not be disclosed