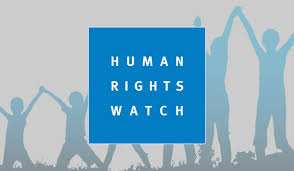 They are “the latest victims of an unprecedented government crackdown on the women’s rights movement that began on May 15, 2018 and has resulted in the arrest of more than a dozen activists,” the US-based rights group said.

Sarah Leah Whitson, Middle East director at HRW, said the arrests "signal that the Saudi authorities see any peaceful dissent, whether past or present, as a threat to their autocratic rule".

Sadah has campaigned for women’s rights and the rights of the minority Shia Muslims in the kingdom’s Eastern Province for many years.

Meanwhile, Badawi is also a vocal campaigner for rights activist Raif Badawi, her brother and Saudi Arabia's top blogger, and her former husband Waleed Abu al-Khair, who are serving lengthy prison sentences linked to their activism.

"Saudi authorities have targeted and harassed Badawi for years. In addition to her advocacy for women’s equality, she has campaigned energetically for both her former husband and her brother to be released from prison," the statement said.

According to the report, Amal al-Harbi, the wife of jailed civic rights activist Fowzan al-Harbi, was also detained on July 30.

“It is unclear why Saudi authorities have targeted Al-Harbi,” the statement said.

Since May, a number of prominent women’s rights activists, including Loujain al-Hathloul, Iman al-Nafjan and Aziza al-Youssef, were arrested and still remained in detention centers without charge and incommunicado with no access to their families or lawyers.

Most of the detainees are prominent figures, who enjoy considerable respect among the Saudi grassroots, including university professors and a psychotherapist.

Tags: HRW Saudi
Short Link rasanews.ir/201qBT
Share
0
Please type in your comments in English.
The comments that contain insults or libel to individuals, ethnicities, or contradictions with the laws of the country and religious teachings will not be disclosed