Rasa - With the July 1 ceasefire over the Yemeni port city of Hodeidah over, Saudi-led forces have begun carrying out a series of strikes across the city, including major airstrikes in the center of the city, doing major damage. 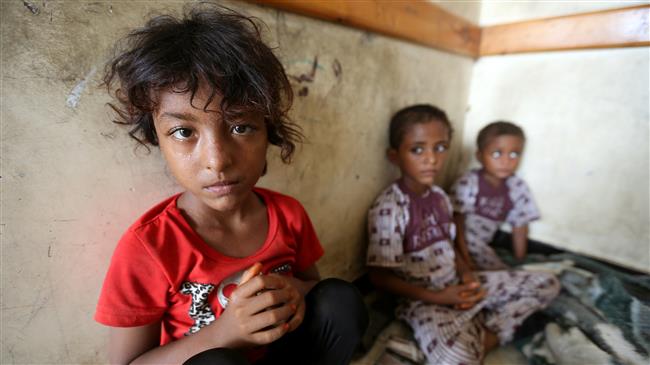 RNA - This week, warplanes hit a plastic factory, an outdoor market, and a fishing pier in the city’s center. There was substantial damage to buildings reported, including civilian casualties.

During the ceasefire, Saudi-led forces attacked a series of towns further South of the port city, through which about 70% of all food and humanitarian aid enters Yemen. The ceasefire was intended to give the UN time to negotiate a deal to prevent the city’s invasion.

The Saudis have yet to discuss what exactly happened, and why the ceasefire ended. The UN had tried to get the Ansarullah to give the city to the UN. Saudi-backed forces, however, objected to this plan, saying they would only allow the UN to take the city if the Ansarullah fighters surrendered the entire rest of the country!!!

However, what is going on in the port city is a breach of International Humanitarian law. Under this law, it is difficult to claim that a blockade can be imposed legally in a non-international armed conflict. The law of naval blockades derives from the 1856 Paris Declaration, the 1909 London Declaration and the 1994 San Remo Manual on International Law Applicable to Armed Conflicts at Sea (SRM), whereby the SRM reflects customary international law.

But assessing the above scenario, if a population, like the Yemeni, is subject to the worst global famine, half a million children under the age of five are severely malnourished and every six months more than 2,100 people die of cholera, as purported by the media and Human Rights Watch, a blockade per se contravenes the prohibition of SRM, no matter how great the concrete and direct military advantage may be.

The Saudi-led coalition can be further criticized for delaying and blockading urgently needed humanitarian deliveries. If the population of a blockaded area is inadequately provided with food and other essential objects, like the Yemeni population, the blockading Saudis under Article 103 SRM are obliged to provide for free passage of the foodstuffs and objects. The facts at hand do suffice to decide on this point that the Saudis and their allies have violated Article 103 SRM as well.

Lastly, the US support for the Saudis in Yemen has weakened Washington morally at the UN, allowing many countries to call the Americans hypocritical for politicizing Syrian humanitarian access while supporting a coalition that is blockading an entire country and targeting civilians, helping to worsen what in Yemen is numerically the worst humanitarian crisis in the world, according to UN figures for those in need of aid.

Little wonder, a UN panel investigating possible war crimes by Saudi Arabia in Yemen says Saudi Arabia’s air campaign has violated International Humanitarian Law more than a hundred times over. The panel has identified at least 119 sorties that have struck civilian targets. And some of those sorties have struck multiple targets.

The panel documented that the Saudi-led coalition had conducted airstrikes targeting civilians and civilian objects, in violation of International Humanitarian Law, including camps for internally displaced persons and refugees; civilian gatherings, including weddings; civilian vehicles, including buses; civilian residential areas; medical facilities; schools; mosques; markets, factories and food storage warehouses; and other essential civilian infrastructure, such as the airport in Sana’a, the port in Hodeidah and domestic transit routes. The Saudis and their coalition members are all at fault and should be held to account.

Tags: Yemen Saudi
Short Link rasanews.ir/201qBM
Share
0
Please type in your comments in English.
The comments that contain insults or libel to individuals, ethnicities, or contradictions with the laws of the country and religious teachings will not be disclosed